Ibn Fadlan, from Baghdad to Russia

Around 920 messengers arrived in Baghdad from the distant Volga Bulgaria, a territory that was almost unknown to the Arabs at the time, bringing messages and requests. In fact, it seems that their sovereign, Almış, has just converted to Islam and therefore requires the sultan to send him teachers to teach him the faith and, above all, money to defend himself against his enemies: the fearsome Khazars. Among the various faith experts there will also be Ibn Fadlan and this is how one of the most extraordinary and particular journeys in all of Arab-Islamic history will begin.

Ibn Fadlan will in fact become the first narrator to deal with those places and those peoples, giving life to a story that can still excite today, as the numerous books and films dedicated to him demonstrate; among the latter, it is certainly worth mentioning “The Thirteenth Warrior”, where he is played by Antonio Banderas. He left in 921, after endless wanderings that will lead him to touch territories such as Bukhara and the Caspian Sea and to meet the Oghuz Turks and Varangians, in 922 he finally arrived from Almış, to the chagrin of the sovereign. In fact, Ibn Fadlan brought him gifts and the presence of very famous jurists, it was a pity that they did not send money from Baghdad except for the money necessary for the trip, which did not make the great lord of the Volga Bulgarians very happy.

“Ibn Fadlan’s embassy first reached the city of Bukhara from Baghdad, via Persia and Khorasan, then capital of the Samanids. Then he went up by river the course of the Oxo (Amu Darya) up to Kath (today Shabbaz), the ancient captal of Khuwarizm. From here, having crossed the river, the journey to the land of the country of the Turks began from Giugiuniyya (today Kunya-Urghenc). 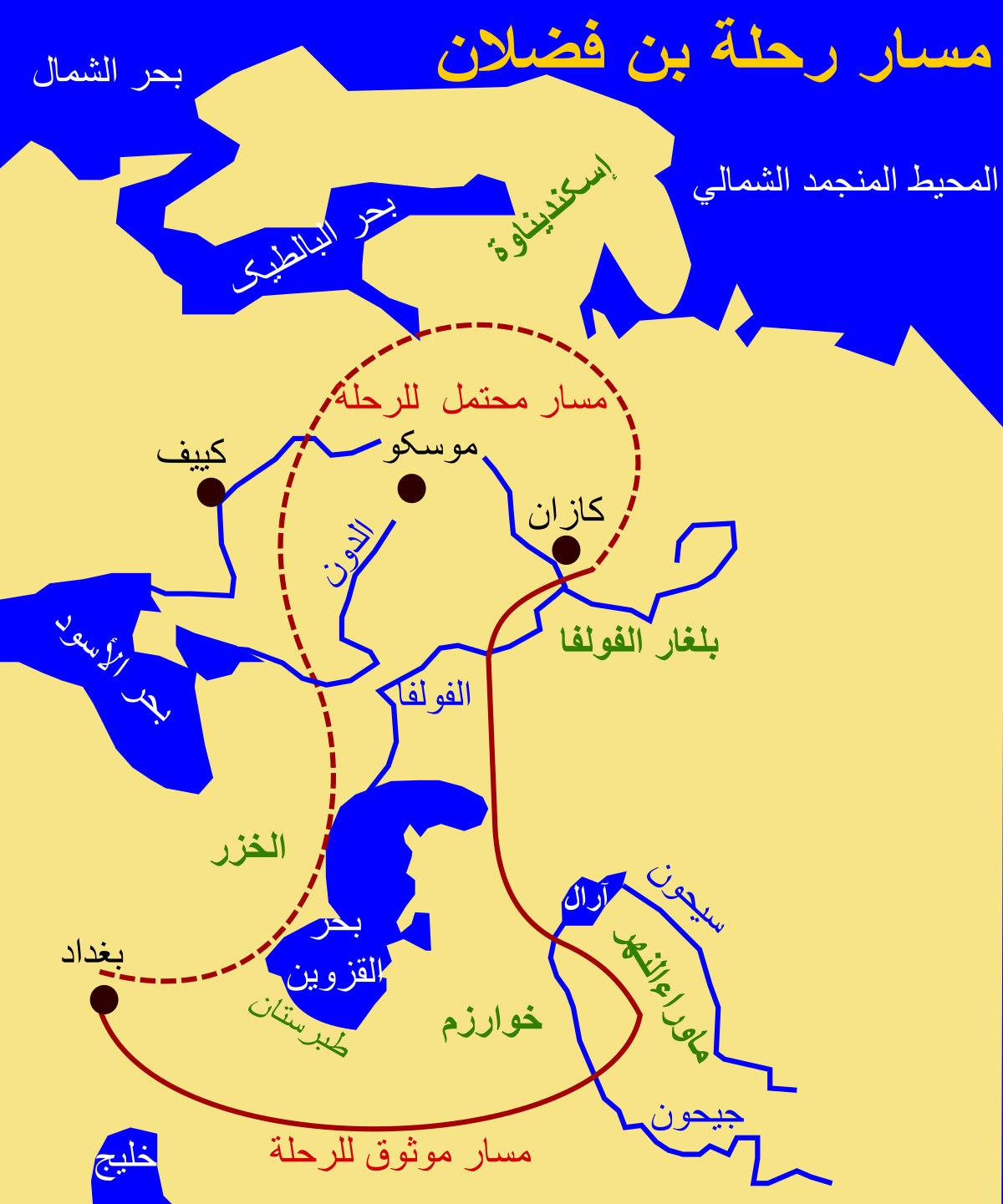 It took place in the regions of Khuwarizm itself, the country of the Ghuzzs, the Pechenegs, and finally the Bulghars themselves (whom Ibn Fadlan calls “Saqaliba”, Slavs), at whose camp, located near the confluence of the kama with the Volga, the he embassy arrived in May 922, 70 days after leaving Giurgiuniyya. The territories it crossed on this route outside the Islamic Empire include the current regions of Turkmenistan, Uzbekistan, Karakalpakstan, Kazakhstan and Tataristan. “