We have the honor to bring you our interview with Lorenzo Forlani, Italian journalist correspondent from Beirut for various newspapers including Huffington Post, Esquire and Agi. Always a point of reference for us, we are pleased to conclude the Lebanese week with a contribution from him; not to be missed.

K: We have read that the protests have erupted over an attempt by the government to raise taxes further, despite Lebanon already having one of the highest public debts in the world. How did this come about?

L: The tax on Whatsapp was just the classic straw that breaks the camel’s back, in a country that cannot be defined as poor but which is experiencing growing inequalities. The same “taxes”, for the most part, are indirect taxes (such as that on Whatsapp, withdrawn, or those on tobacco and gasoline, confirmed), applied to consumer goods, and therefore by definition regressive, capable of damaging segments of the population weaker. The economic situation in Lebanon is worrying: in addition to the aforementioned public debt (with very high interests), there is 40% youth unemployment, a strong concentration of wealth (1% holds 25% of the wealth, while an ordinary Lebanese deals with the inconveniences related to the lack of 24/24 electricity and continuous water supply, as well as a waste crisis that has now lasted for 5 years), and rampant corruption, inherent in the Lebanese confessional-clientelist system. 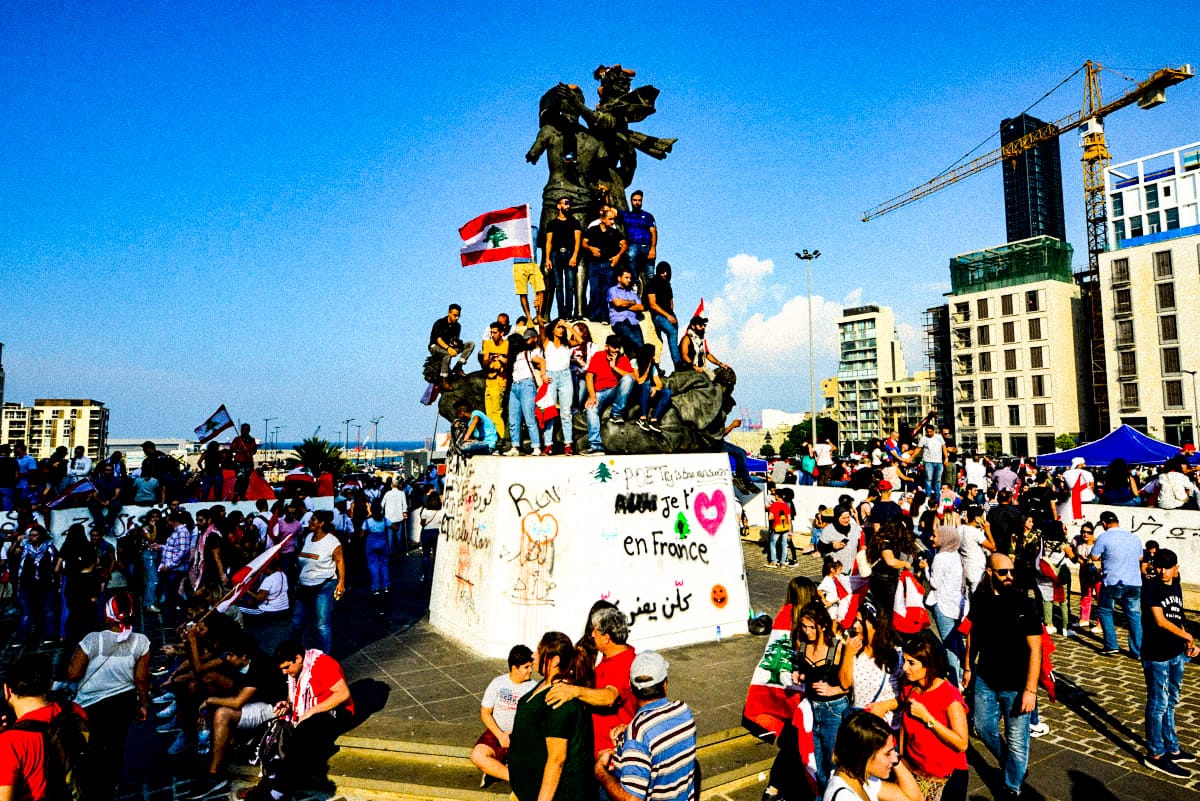 The “drop” that preceded the one linked to the tax on Whatsapp was the disastrous management of fires that broke out a week before the protests in the forests of Lebanon, with the firefighting planes out of order due to lack of maintenance and the intervention of foreign countries (Jordan, Turkey, even Italy had offered to send Canadair but then there is no was needed more because it rained) to tame them.

K: The demonstrations of the last few days are proving to be truly “iconic” due to the thousands and various ways in which the Lebanese are protesting, bringing to the streets both the various faiths and an almost surreal irony in that type of situation. In your opinion, what are the differences between these protests from, for example, those seen in Algeria? How much are they destined to affect the history of the country?

L: The main difference lies in the Lebanese institutional set-up, which is formally a “consociative” parliamentary democracy, in which the offices and seats in the parliament are divided along sectarian lines. Lebanon is not a military autocracy like those targeted during the Arab Spring, and the protests are not linked to human rights and freedom of expression but to economic and social issues, such as inequalities and endemic corruption. Those Lebanese are secular protests, which are bringing people of different confessions to the streets, who have broken some taboos linked to the systematic nature of Lebanese sectarianism. Algeria is a homogeneous country from the confessional point of view, while Lebanon is a real mosaic of faiths.

K: This week we have focused on the ethnic and religious composition of Lebanon, one of the most particular in the whole Middle East and the only one to have a political impact on the country’s structure. In your opinion, how does this impact on the current crisis and in everyday life in general?

L: As mentioned, these transversal protests – shared by Christians, Sunnis, Shiites, Druzes, all united by a demand to be treated as Lebanese citizens, rather than as members of a community – are breaking taboos, which in the past often saw protests confined to one community or another, with the consequence of frequent confessional polarizations. Today’s Lebanon remains a country made up of small “fiefdoms”: apart from the big cities – mixed Beirut, Sunni Tripoli, Christian Batroun, Shiite Tire– the northern villages are mainly Sunni and partly Christian, those in the central area are Christian and those in the south are Shiites. 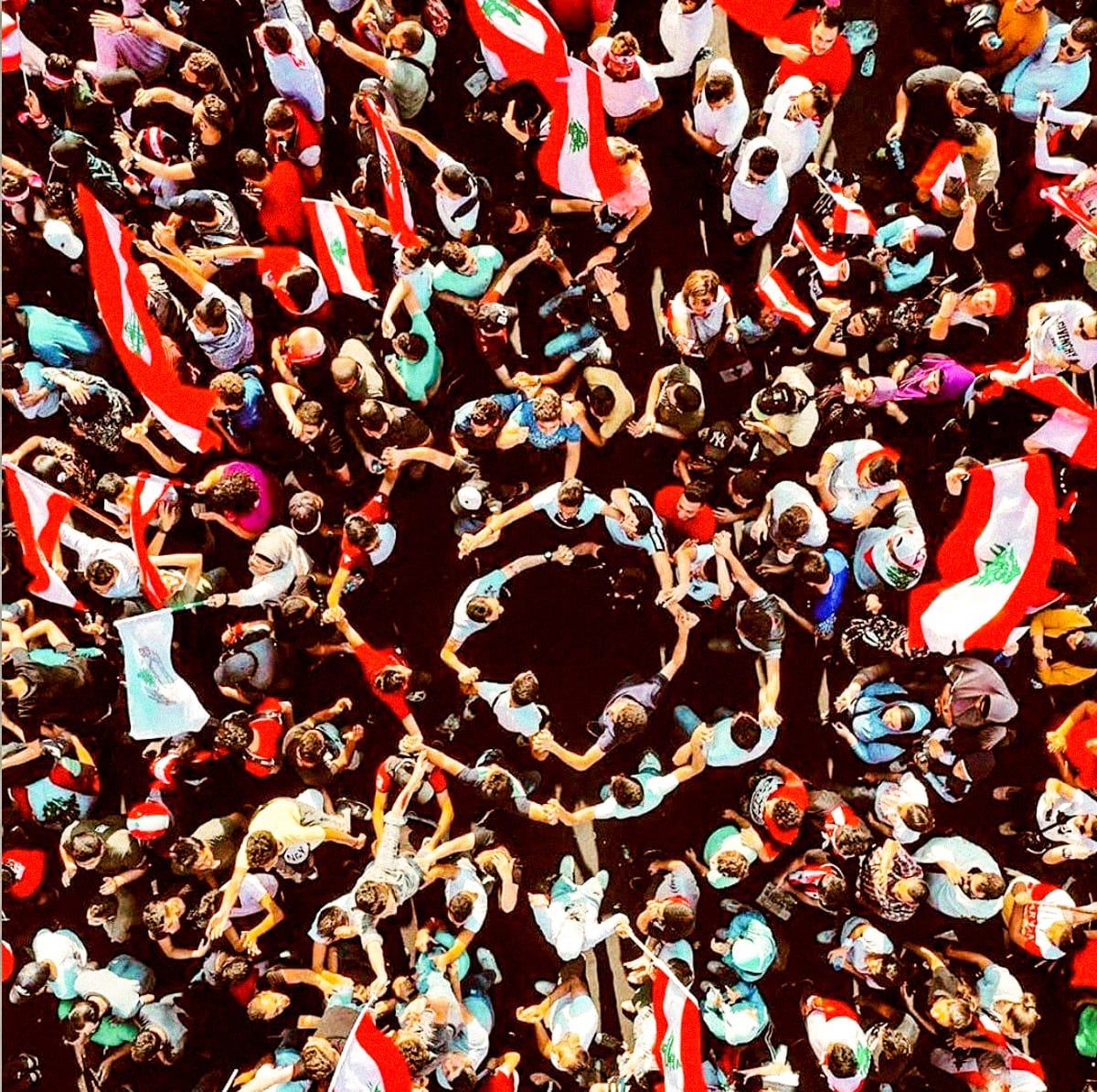 In the same urban fabric of the capital, 30 years after the end of the civil war, a fairly visible division between neighborhoods persists, less homogeneous than in the past from the confessional point of view but still quite “identifiable”. Today’s protests overcome all this, in the squares of Tripoli (Sunni) chants of solidarity were heard towards the Shiite south and vice versa, in Christian villages solidarity was expressed towards the Shiite neighborhoods of southern Beirut. It had never happened before.

K: Lebanon has also recently been shaken by a series of fires that took place just before the protests; can you tell us something more? Do you know that they have a malicious or causal cause? Why?

L: The fires were malicious, and then they were fueled by winds and temperatures. However, the perpetrators have not been identified. The emergency was badly handled, Lebanon had fire-fighting Sikorsky at its disposal, but they are out of order because they have not been maintained for years. The central state was caught totally unprepared, in the end the rain did the bulk of the work, but the damage was very numerous, especially considering that we are on the eve of the olive harvests. Many oil producers will face very difficult months. 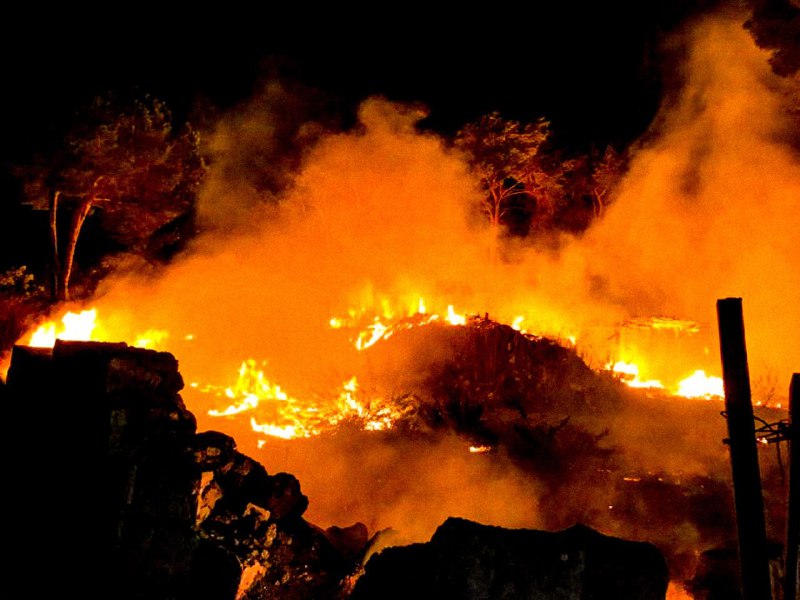 K: Let’s conclude by talking about your experience in Lebanon; what led you to choose this country? How and why is it different (if it is) to live in Beirut rather than, for example, in Naples?

L: Actually it is this country that has “chosen” me. I have been in the Middle East for more than ten years and I wanted to move to the region. I found this possibility with AGI, which initially, three years ago, offered me a small budget to move to Iran (not Arab), which at the time was the country I dealt with most. After some problems and delays due to the permanent work visa, AGI at a certain point turned around, proposing Beirut to me. I have not thought twice about it – it was my second choice after Damascus, also due to the study of Arabic that I have been pursuing for a while – and within a week I left.

As for the comparisons with Naples, it must be said that Beirut is obviously a Mediterranean city, and the Lebanese are very similar to those born in Italy from Rome downwards. There are more points of contact – the sea, easy familiarity with strangers, partial decay, chaos in the streets, noise pollution, generosity and hospitality of people – than differences. Sometimes, as a Roman, I feel ‘anthropologically’ closer to a boy from Beirut than to one from Stockholm.

Ramadan, the month of abstention