In this week we have not been able to finish Mahfuz’s “Miramar”, which is why we have decided to offer you a comparison between past, present and future. 3 writers from different eras who, thanks to their works, wanted to tell “their” Egypt; Al Aswani and Mahfuz in a very similar way.

The first stage of our journey can only be this, one of the most famous ever of the Egyptian Nobel Prize. In “Our Neighborhood”, Mahfuz tells us about El Gamaleya, the historic area of Cairo where the author was born and lived all his life. In a certain sense, this area is taken as a sort of museum, a place where time seems to have stopped, too bewitched by its poetic past. 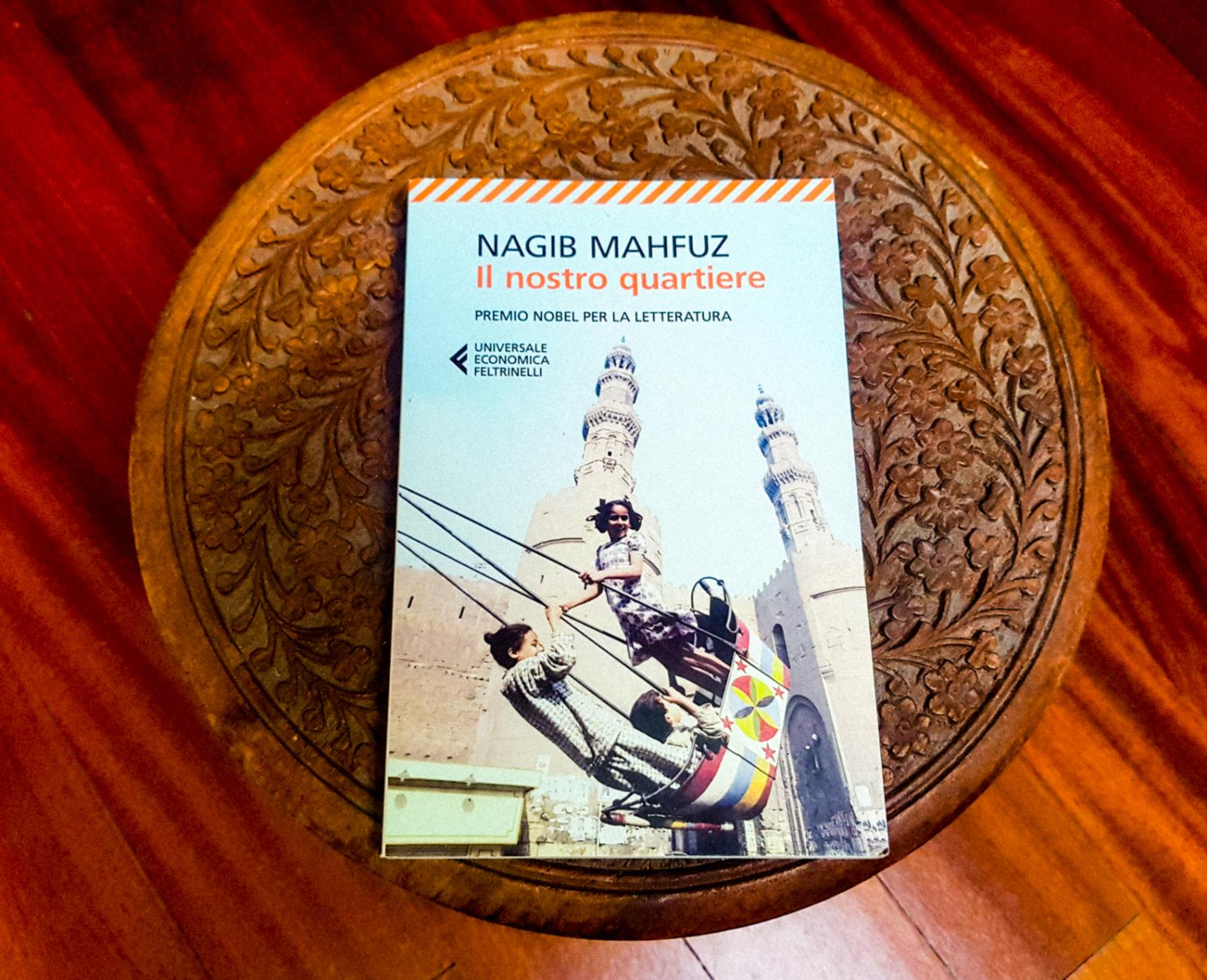 The whole novel is seen as a sort of “preservation of the classic”, also given the era in which it was written. The first edition in Arabic, in fact, dates back to 1975, when Mahfuz was already a man of 64, this can only make us reflect on the message he wanted to convey to us. Even the year in which he publishes the whole thing can only give us a further clue of his “mission to him”. In “75, in fact, we are in full Sadat government, a moment in which, after the exploit experienced under Nasser, cultural and political growth will tend to stop, relegating Egypt more and more to a strategically and politically important country. In this light , Mahfuz’s text can only present itself as an “Egyptian memory” for the times that were, starting from a particular district to tell the whole “classical soul” of the country of the pyramids.

“The Yacoubian Building ” by ‘Ala Al Aswani

Almost a continuation of the work begun by Mahfuz. If with “Our neighborhood” we were led to analyze the life of an entire neighborhood, set, however, absolutely today. In “Palazzo Yacoubian”, in fact, ‘Ala Al Aswani is not interested in showing us what it was, but rather in what the Egyptian society of the 2000s has transformed into. With the arrival of Sadat, in fact, Egypt had begun the its waning phase, but still remaining one of the most important nations in the entire Middle East, which will change definitively with the arrival of Mubarak. 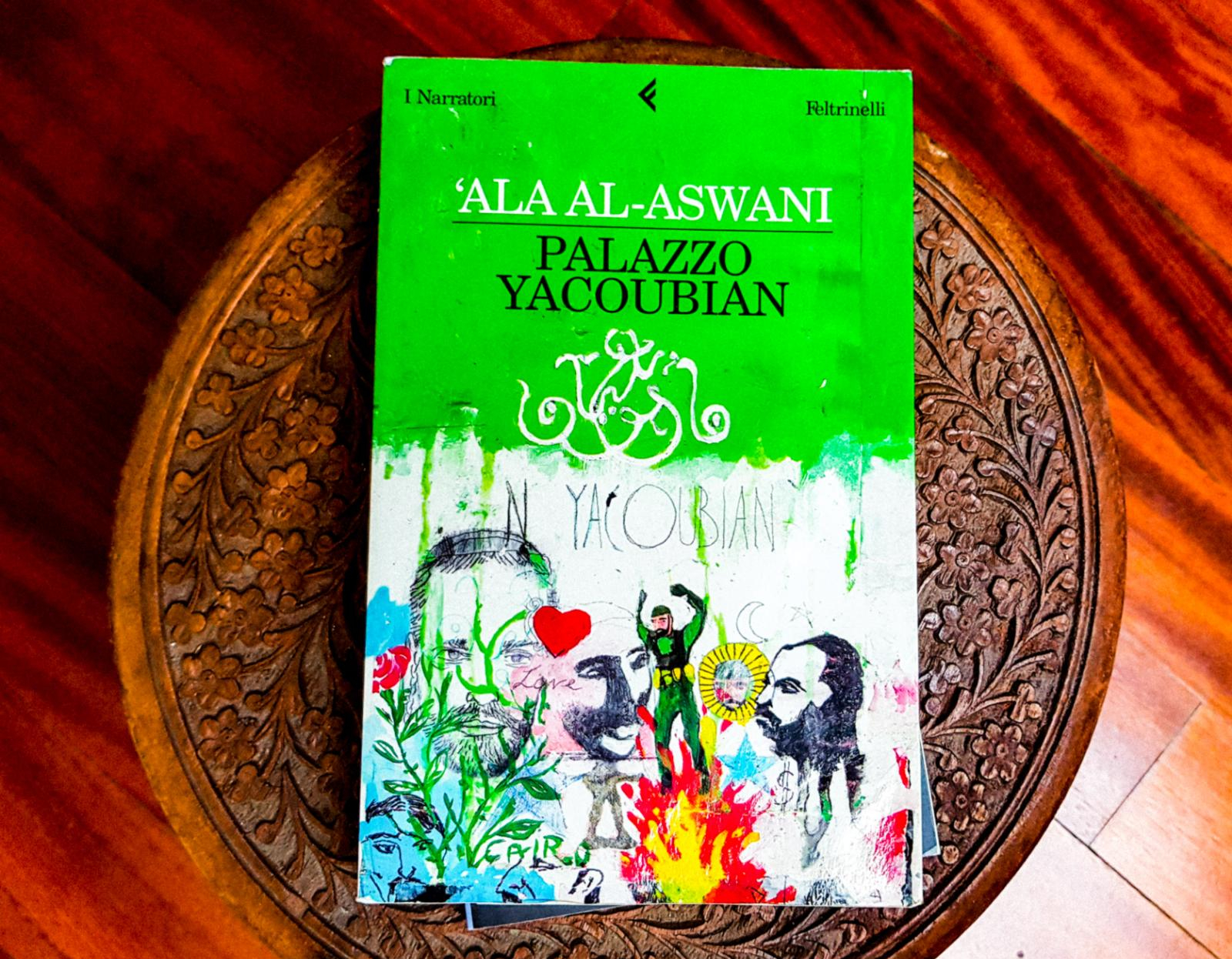 With the arrival of the new dictator, the corruption and malpractice of society will begin to reveal itself more and more, leading it to a forced and increasingly heavy immobility. The proof is evident in the characters of the book who, unlike Mahfuz’s, are all looking for the “leap” to raise their social status. They are looking for a turning point, something that makes their lives tolerable to them, up to that moment lived only according to the obligations still imposed. If “Stories from Our Neighbourhood” is then a sort of memory, a celebration of the past, “The Yacoubian Building” is the first great example of disillusionment in Egyptian writing, an element that will become more and more recurrent with the evolution of the situation. The whole work can therefore be understood as a first awareness of the Egyptian people, who right from then on will begin to understand the incredible role occupied until a short time before. (Among other things, it is very interesting how the “power” passes from the “futuwwa”, or rather of the fate of district chieftain, of Mahfuz to the police of Al Aswani.)

“A Well-Trained Stray ” by Muhammad Aladdin

The last novel is probably the most different of the 3, but, in our opinion, it can easily be taken as an example for all new Egyptian fiction. In fact, the text speaks of 3 boys who represent, in a certain sense, the entire Egyptian youth, a generation completely different from the one that preceded it. The 3 friends are considered to be the fate of “loose dogs”, individuals who have little to do with “traditional” customs and habits, committed to making a living as they can in an increasingly complicated world. 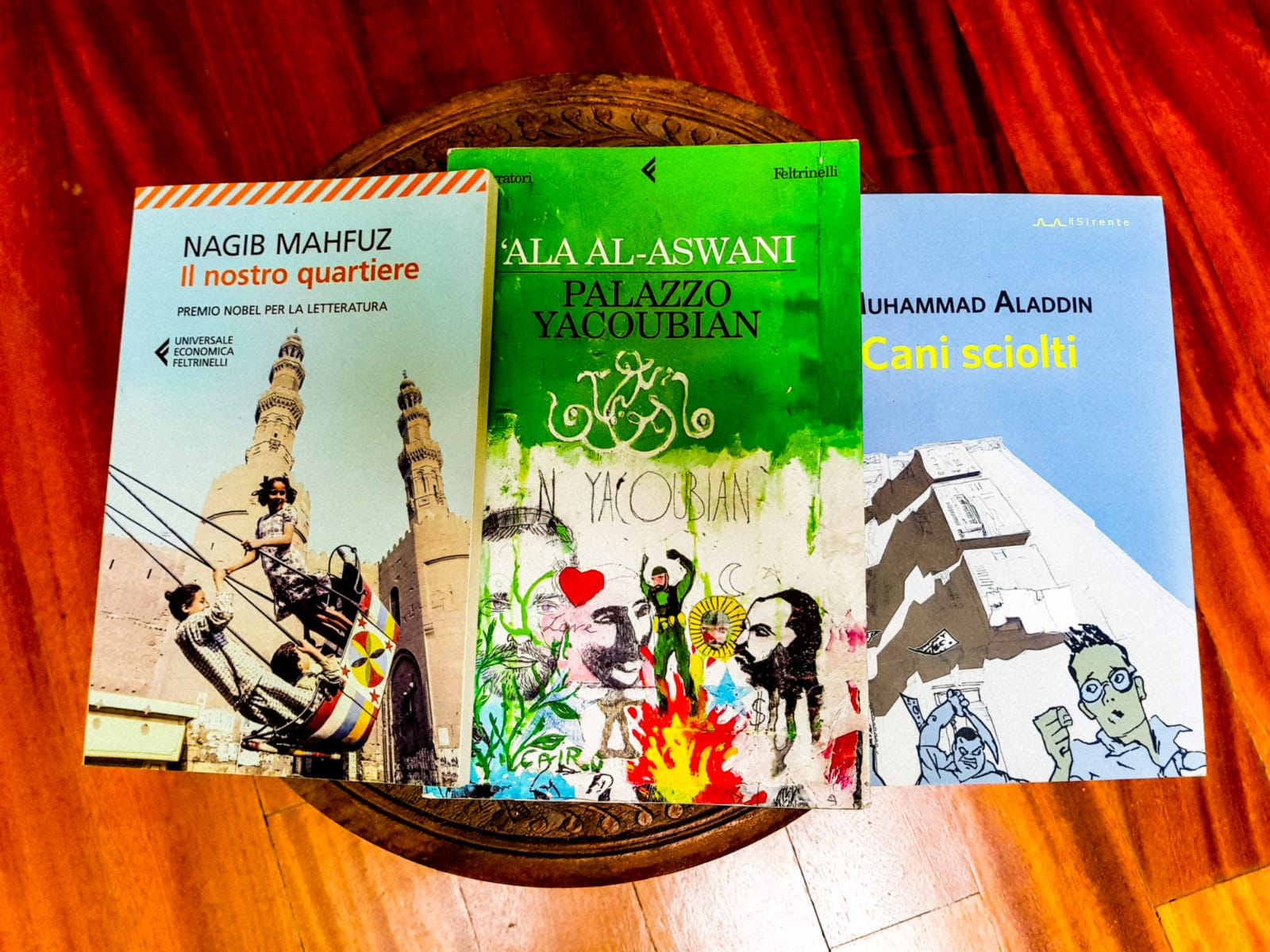 If in “The Yacoubian Building” and above all in “Stories from Our Neighbourhood” the link with the Arab past and with certain habits was very strong, in “A Well-Trained Stray ” these are de facto skipped, making the Cairo society not so dissimilar from that, for example, from Los Angeles. One of the protagonists, for example, is a writer of erotic stories, while another is a drug addict from a good family who lives to continue his “perpetual calm”. In this last literary piece, the protagonistis here a maximum of delusion, completely overturning morality in search of a single level: survival, even if it is not clear to what end. However, it is essential to specify that it was not the young people told by Mahfuz or Al Aswani who carried out the Revolution, but precisely the latter of Aladdin, the only ones with really nothing to lose.

The 4 major angels: Azrael, the angel of death

“And now where we go?” by Nadine Labaki