The first episode on the land of Orange could only start with eid, the first lived abroad, a few steps from the center of Amsterdam.

A mosque between the canals

Arrival in Amsterdam at 08.30 on 10 August, the day before the eid, the perfect opportunity to see the city in a different way, far from the stereotypes that surround it in Italy. My knowledge of the city, to be honest, is mostly based on stories of cannabis and women, which is the perfect situation to be amazed. The friend of whom I am a guest comes to pick me up at the station, an Italian boy madly in love with Turkish football, and in a few moments I overturn the few certainties. 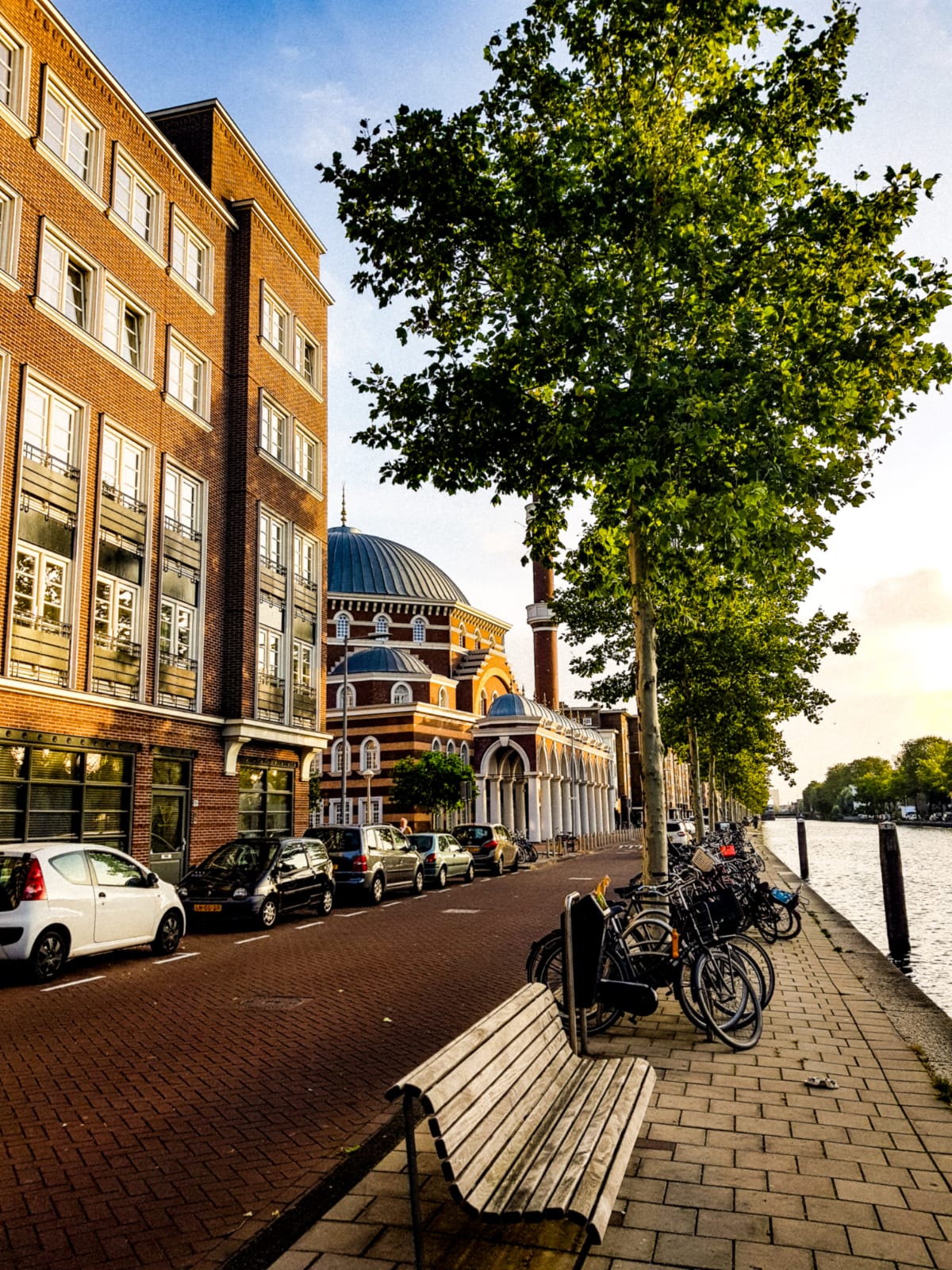 Just take the tram to Kinkerstraat to realize that in Holland Islam is not only present, but a real entity that breathes and moves through the streets and canals of the Dutch capital. Only this street hosts two mosques in its surroundings, one less visible and another real protagonist of the scene: the Westermoskee. The largest mosque in Holland is only 15 minutes away from our apartment, you can’t miss it for anything in the world.

Time to leave the bags at home, say goodbye to my friend’s roommate, and we’re ready for the first leg of our trip to Amsterdam. Seen from the front, the place is even more suggestive and for a few seconds we have the doubt that we are really in Istanbul. The architecture is Turkish, the language also spoken, allowing us a complete immersion with Anatolia, albeit more than 2000 km away.

What really surprises about this city, however, is the normality with which the theme of faith is addressed. In fact, it is not absolutely rare to see girls with hijabs on mopeds from the window or old Turkish ladies smoking with desire; situations that even in Milan are “special”, but which are hardly considered here. After an obligatory stop at a coffee shop (Tangerine kush and Moroccan hashish to remain Middle East themed) and a short tour of the city, we go to sleep, the eid is at 7 in the morning.

Living the eid in the city where Islam is not dominant is always an experience, you can recognize yourself for the early hours, for the perfumes and for the care of clothing, essential elements for one of the most sacred days of the year . Amsterdam is no exception and the presence of the canals colors the city with unique colors, a real divine gift for early risers, especially on such a special day. In reality everything is normal up to now, but the surprise will be inside the mosque, probably a synthesis of the Turks’ love for football.

Inside the Westermoskee, in fact, I notice something that can only make you smile for the genuine feeling that surrounds it: a boy is wearing the Galatasaraysweatshirt. The temptation to take a picture of him is very high but, as a guest, I prefer to give the image as little as possible in the eye, however, it is very strong and for this reason I cannot and do not want to get rid of it so easily. On the other hand, which dress is more sacred than a Galatasaray sweatshirt?

In these days we will continue to tell you about Holland and our trip.

3 unmissable books from Italy on the Arab-Islamic world