We take the Editoriaraba article as an opportunity to bring you 5 films and series that we have seen in the last period on Netflix. We hope you like it, it would be a dream to push the giant to bring more films made in the Middle East.

We have treated it in all sorts of ways, but from our point of view it is certainly the most successful series made in the Middle East. With its and its cons, which are there and also quite heavy, Börü is a product that is perfectly managed and able to literally glue to the screen. The series tells the stories of a group of Turkish police special forces, committed to fighting (and they say so from the first episode): “Pkk” and “Fethullah Gülen’s mad dogs”. More nationalistic than ever, Börü makes action and Turkishness its cornerstone, if you are interested in that country, like it or not, it is a must see.

One of the most beautiful and enchanting animated films we have ever seen. The Breadwinner tells the story of a young Afghan girl who is forced to dress up as a boy to save her father from prison, who has been unjustly condemned by the Taliban. Within this film we will also be shown the Persian tradition of Afghanistan, made up of magical stories and lots, lots of past glory. We were rarely moved by seeing a movie, this was one of those rare cases. The designs are amazing and give the whole that atmosphere between the magical and the real, typical of those distant places. The expressiveness of the characters, then, was what earned her the nomination for the Golden Globes last year. Produced by Angelina Jolie, a guarantee for these things. 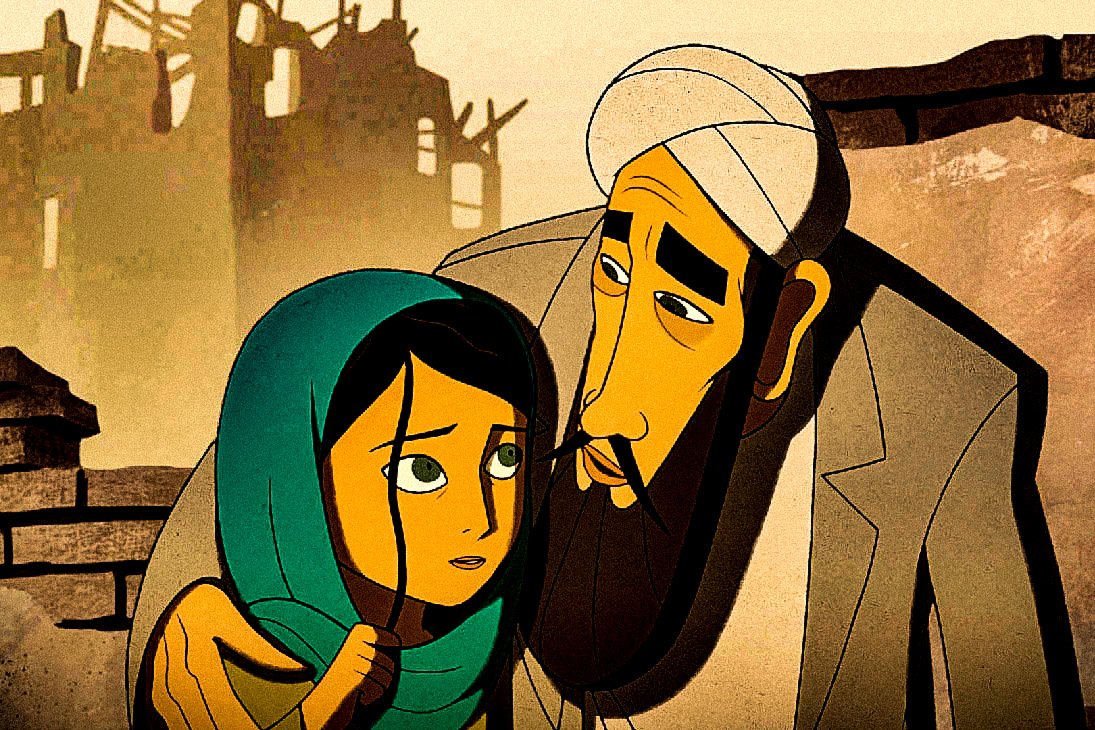 Let’s go back to Turkey with a real Kurdish epic. Güneşi Gördüm tells the story of two Kurdish families, forced to flee their country following an anti-terrorism order. One of the two will take refuge in Norway following a long journey, while the other will go to Istanbul, a place where she will have to deal with modernity never seen before. We used the term “epic” not by chance, this film manages to deal with all the current problems of this people, managing to give the right emphasis to every aspect. Mahsun Kırmızıgül’s hand is seen in every corner and the results are not long in coming. The Kurdish director and actor manages to give the whole film a soul, sometimes exaggerating, but always communicating great emotions. The recitations of Altan Erkekli and Cemal Toktaş are also masterful, the latter in particular will play Kado who in Istanbul will discover that he is homosexual. Really interesting to also know the differences between the East and the West of the country.

In post-apocalyptic Saudi Arabia, we will meet a band of survivors of a disaster that has struck the whole world, engaged in fighting with a mysterious stranger. The film is absolutely not that great and is based on trite things in Western filmography (even if they continue to bring them too), we were only interested in the location. We are always used to seeing those lands as something basically sacred and observing them we thought could be interesting, we were not wrong but almost. The film is so unoriginal that you can happily do other things while watching it; We want to reward him only because the main problem is the ideas, which are completely lacking in this film, not the budget and not the good will. There are prerequisites for doing well, but I would advise local producers to invest much more in the screenplay.

Mongol, the birth of Genghis Khan

We have not spoken to you directly about this film and it is not exactly the Middle East, the fact is that due to the impact this figure has had on that world, we believe that knowing him is fundamental. The film tells of the life of the young Genghis Khan, from his birth until the proclamation of Khan of the Mongols, taking us back to the legendary places that gave rise to this empire. One of the most realistic films ever about the great conqueror, a figure still considered as a divinity by the Tengriists. Unfortunately it does not show when he arrived in the Middle East but it is very interesting even when compared to peoples such as the Göktürk, the first Turks, who were very similar to the Mongols.

These are the ones we have already seen, but the list is full and ready to bring more treasures to the Middle East and Surroundings. What are your favourites? It would be great if fans showed more and more to Netflix & co. our love for those territories, pushing the various platforms to bring more, even subtitled.

Bolgar, the capital of Volga Bulgaria

Borges’ Aleph and the Islamic world

History of Azov, at the mouth of the river