We have long wanted to tell you about the tragedy that is taking place in Burma, one of the largest state massacres of modern times. Victims were the Rohingya, a Muslim population that has lived for centuries in the region bordering Bangladesh.

To better understand the issue, I think it is appropriate first to have an overview of this people and their culture, information necessary in order to better understand the situation. The Rohingya are a people who for centuries have inhabited the Rakhine region, the region of Burma closest to Bangladesh. From their neighbors they have taken culture and religion, making it a unique case in modern Myammar.

In fact, the country mainly refers to Tibetan culture both as a language and as a religion, for this reason the presence of the Indo-Aryan and Muslim group has never been appreciated in these places.

The persecutions against this people has ancient origins and dates back to 1785, when the Burmese conquered the region for the first time, driving out and killing most of its inhabitants. However, the situation changed with the arrival of the British who favored Bengali immigration in Burma.

The mass arrival of Indians and Muslims greatly increased racism in the country, creating the basis for what will later be a real mass slaughter. Already in 1939 the British were forced to establish a border between the Buddhist and Islamic communities in the region, a goal that failed following the outbreak of the Second World War. The outbreak of the conflict only further exacerbated tensions, with Rohingya armed from the UK and Burmese from Japan.

In 1948 Burma gained independence and with it Rakhine which officially became a region of the country. Initially the coexistence was tense but peaceful, but the relapse came from 1962 when the Burmese general Ne Win made the coup. Since then the tragedy begins.

“Under a 1982 Citizenship Act, they cannot take Burmese citizenship. Rohingya are not allowed to travel without an official permit, to own land and, in addition, they are required to sign a pledge not to have more than two sons.”

“The freedom of movement of the Rohingya is severely restricted and most of them have been denied Burmese citizenship. They are also subjected to various forms of extortion and arbitrary taxation; land confiscation; eviction and destruction of their homes; and financial restrictions on marriages. The Rohingya continue to be used as slave laborers on roads and in military camps, although the amount of forced labor in northern Rakhine state has declined over the past decade. […]

In 1978, over 200,000 Rohingya fled to Bangladesh following the Burmese army’s Nagamin (Dragon King) operation. Officially this campaign was intended to “control every living individual in the state, distinguish citizens and foreigners in accordance with the law, and take action against foreigners who have infiltrated the country illegally.” This military campaign was targeted directly against civilians and led to widespread murder, rape and destruction of mosques and further religious persecutions. […] 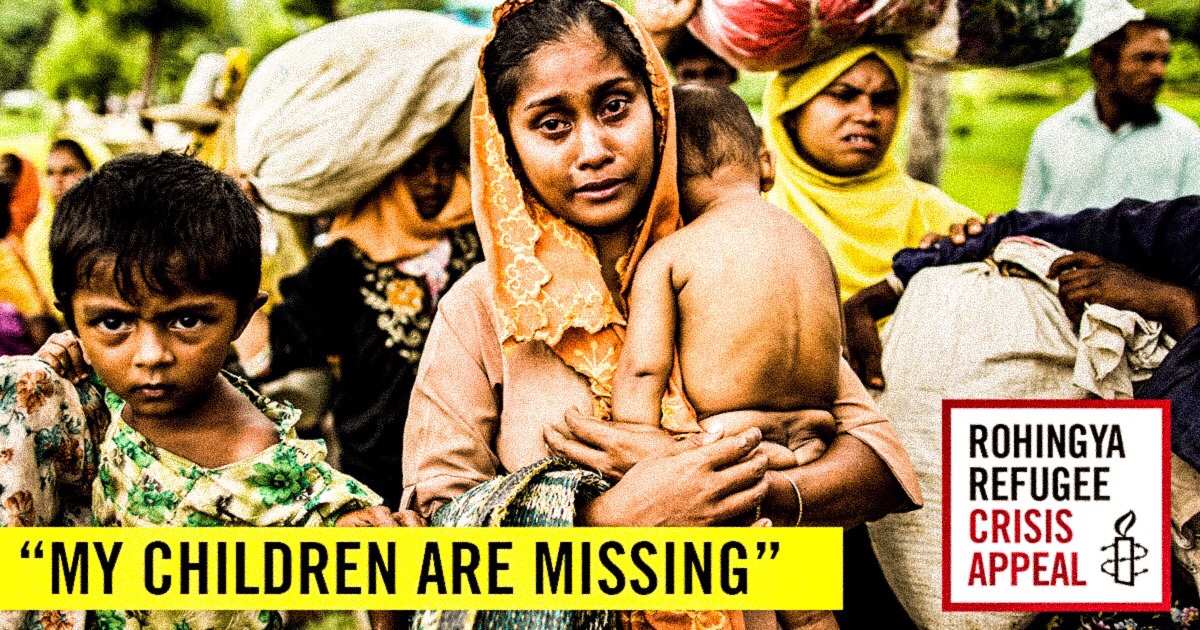 During 1991 and 1992 a new wave of more than a quarter of a million Rohingya fled to Bangladesh. They reported that they were often forced to endure forced labor, but also summary executions, torture, and rape. The Rohingya have been forced to work unpaid by the Burmese army on infrastructure and economic projects, often in difficult conditions. Many other human rights violations have been committed by the security forces regarding the forced labor of Rohingya civilians. ”

From a 2004 Amnesty International report

In September 2017, the Permanent International Peoples’ Tribunal classified the one carried out against the Rohingya as unequivocal genocide, denouncing the UN’s use of the term “ethnic cleansing” as “euphemistic”.

In the last period we are talking more and more about this unworthy situation, with journalists brave enough to even challenge their own government, just to tell the truth. What makes you turn up your nose is precisely the name of those in government: Aung San Suu Kyi, Nobel Peace Prize winner in 1991.

With his inauguration in government in 2016, it was hoped that the violence against these people would cease or that at least it would have a decrease, it was not so. Indeed, violence has grown, as has international outrage for this figure, strong with the weak and weak with the strong. With his politics she tarnished the image of hope that she had sewn on herself, appearing with his true face: a politician like many others, what a disappointment.

We leave you the link the link to the Amnesty Italia page on Rohingya, always updated information on this tragic crisis. Follow us on our page Facebook, YouTube and Instagram, every like, sharing or support is welcome and helps us to devote ourselves more and more to our passion: telling the Middle East.

5 books to read in Ramadan