One of the artists who most of all have been able to make a language that now seemed to be something exclusively religious modern and underground. Inventor of a unique style and already become one of the most loved in the world: eL Seed

Tunisia in the heart

The talent of eL Seed is seen for the first time at work in 2011. The artist, of Franco-Tunisian origin, will take the opportunity to return to the homeland of his ancestors, discovering a completely new way of expressing himself. With the arrival of the Revolution, in fact, young Tunisians were even more tempted to experiment with new ways of expressing themselves and it is from this moment that the young artist will begin to develop his art. 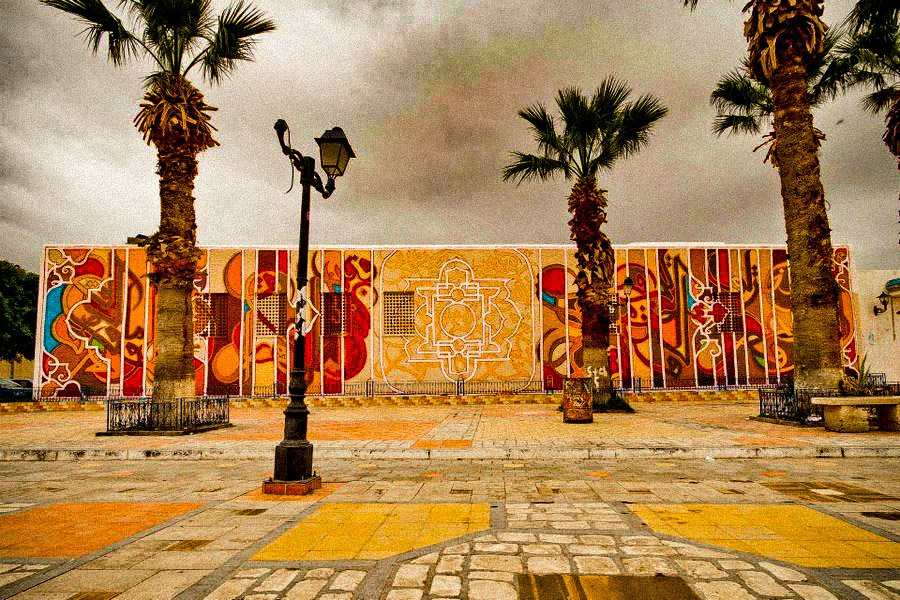 The first noteworthy work was performed on a wall in Kairouan, the text is a quote from the poem “To the tyrants of the world” by the great Tunisian poet Abu l-Qasim Ash Shabbi. For the first time, the work united two completely different artistic styles such as graffiti and calligraphy and caused no small fanfare in the country. In fact, until that moment this art was closely linked with Islam and this officially making it “urban and popular” was a source of much discord in the country.

The Jara mosque in Gabes

In 2012 the artist was entrusted with the decoration of the minaret of the Jara mosque in Gades. The moment was particularly significant and spiritual as the work was carried out during the holy month of Ramadan, a particularly intense moment for Muslims. 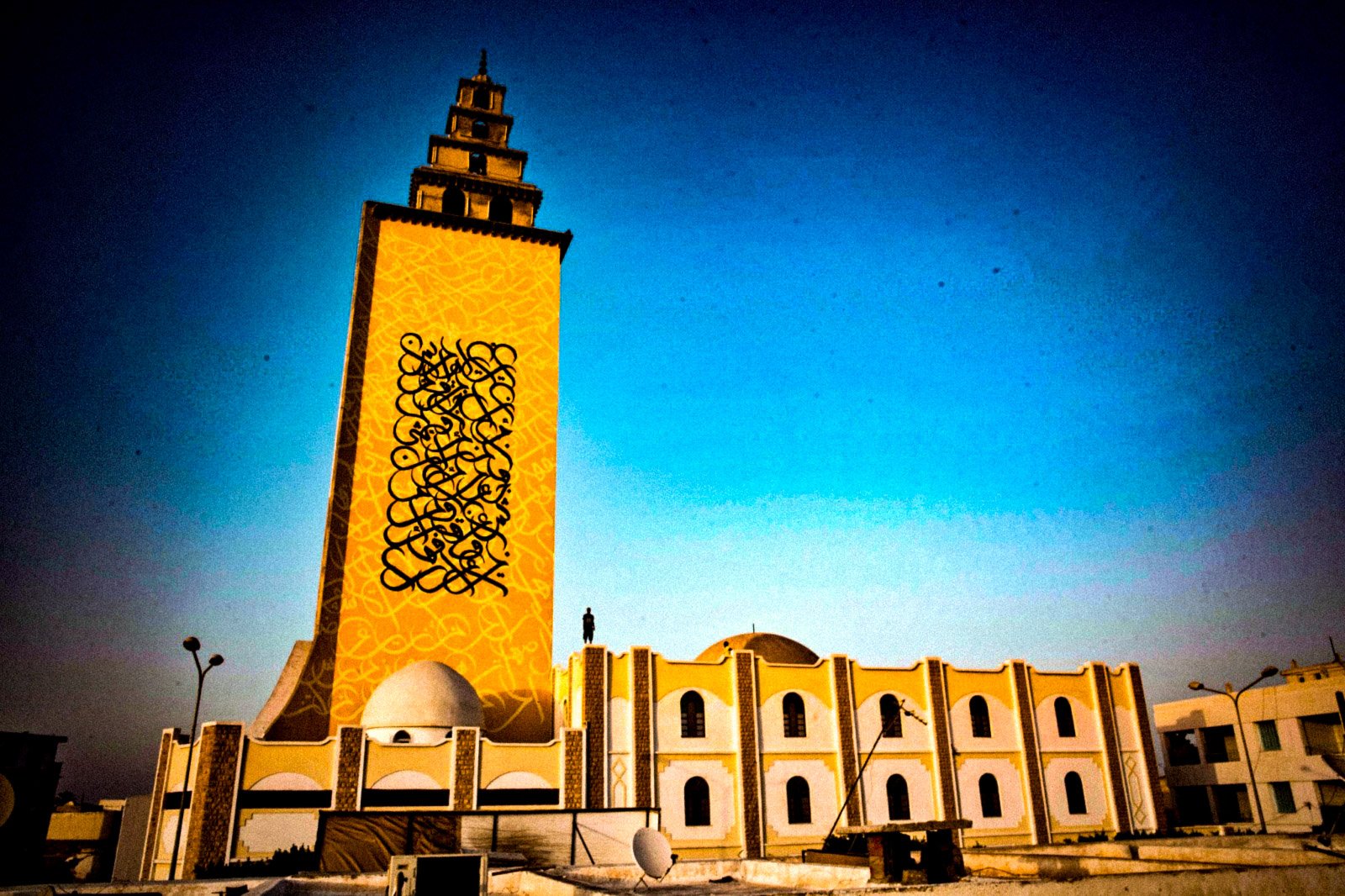 The work depicts passages from the Quran that go against extremism, this work was however particularly criticized by the Tunisian Salafist movements who considered it outrageous for the faith. However, eL Seed commented by saying that art is democratic and it is his duty as an artist to make it accessible to all, including the faithful.

His most famous work, however, is located in Cairo and is absolutely one of a kind. In 2016 the artist was called to the Egyptian capital to create a huge graffiti in the Coptic district of Zareeb, the result was incredible. 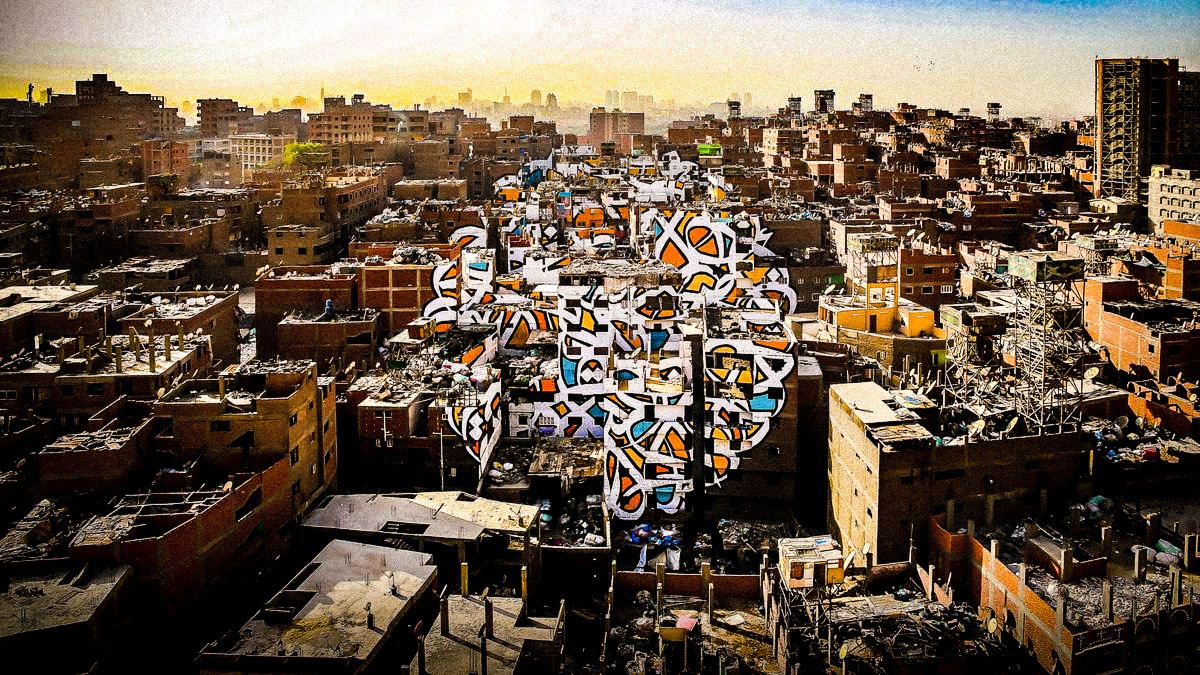 Perception spans more than 50 different palaces and its writing inside is a quote to Saint Athanasius of Alexandria and says: “Anyone who wants to see the sunlight should clean his eyes first.” The union between representation and concept is total since to admire it at its best it is necessary to observe it as a whole. Something truly incredible.

In spite of what it may seem, all the artist’s works depict real words and concepts in Arabic, even if difficult for even native speakers to decipher. The artist’s idea is in fact based precisely on providing a work with a clear but confused meaning, in the light of the sun but equally hidden. An incredible technique that has seen him become one of the absolute masters of this art in just a few years. 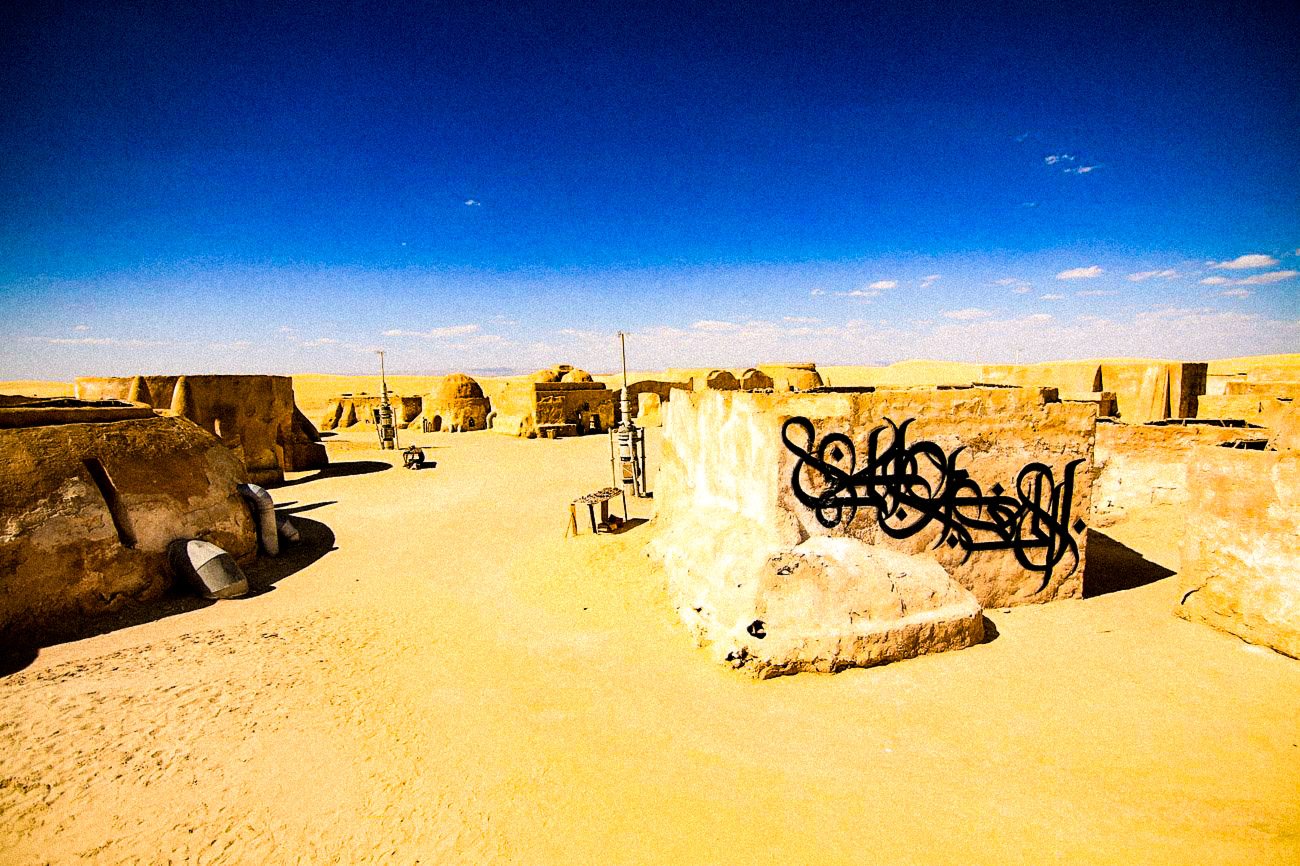