We conclude our journey in the costume of Moroccan Jews with the star par excellence: the bride, able to bewitch even Delacroix, the famous French painter

There is no doubt that the most extraordinary dress ever given birth by the Moroccan Jews is the Keswa el kbira, or “The great costume”, so unique that it was donated by the father as part of the dowry and worn only for weddings and / or circumcisions. In particular, it is said that the best specimens ever are woven in , however, it is undoubtedly those of that are most represented. The latter, in fact, hosted painters such as the Flemish Victor Eeckhout and the famous , who will magnify these dresses, making them even reach the Louvre and thus making them immortal.

Let’s hear how Joseph Goulven, a French traveler who went to Morocco in the 1920s, described the wedding dress; text taken from “A History of Jewish Costume” by Alfred Rubens.

“The bride must remain still like a doll while the maids give her the ktef, a sort of velvet woman’s shirt worn over the breast, and the gonbaiz, which is a green or burgundy velvet bodice with embossed gold stripes. and silver buttons.It is then wrapped in a wide skirt of the same color, which is usually richly adorned with gold braids. 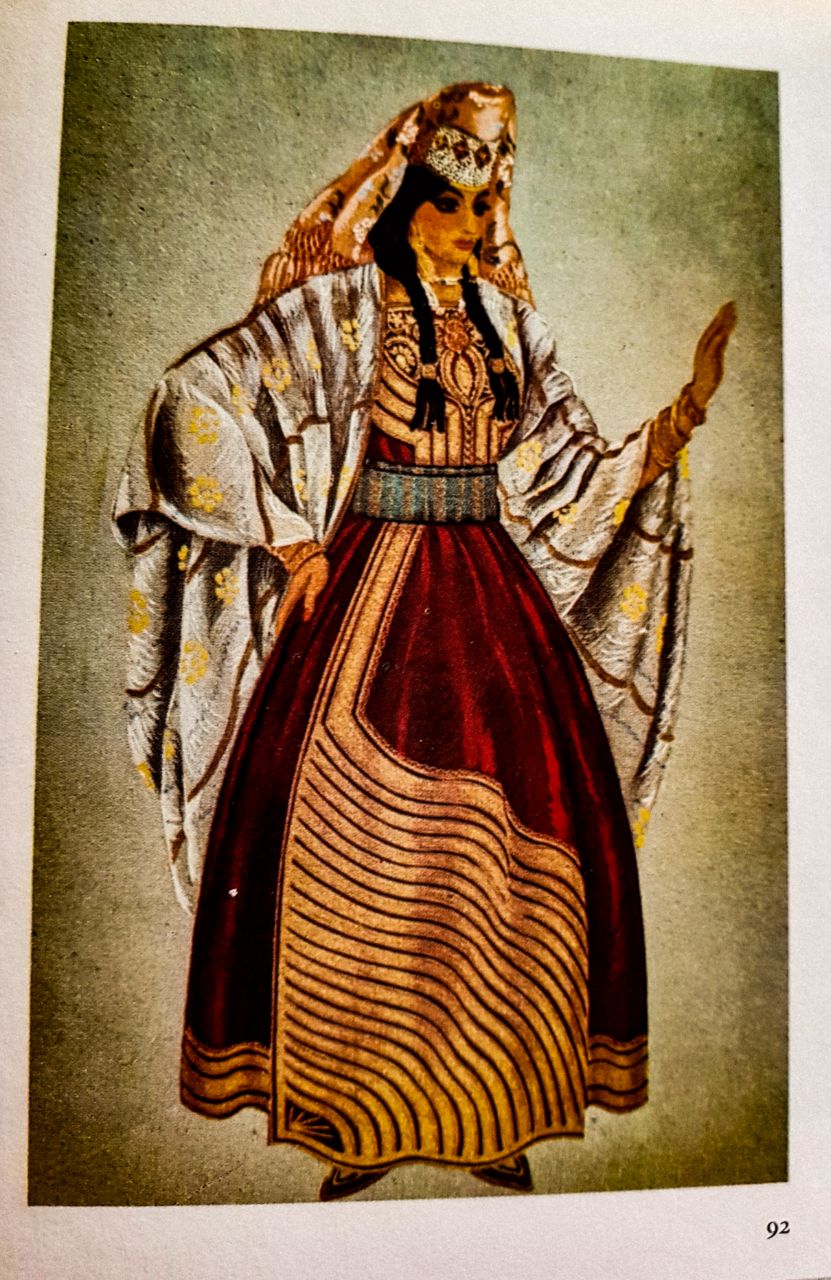 Under the skirt, numerous petticoats mask the young and slender figure. There is a choice between two belts: the endeme, of the same color as the dress, woven with gold thread and fastened with silver clips, or the austere hezam, a wide velvet belt embroidered in gold. In addition to the main items of this curious costume, there are silk stockings and gold-embroidered slippers called kheaya el kebira or babutcha. ”

“Now there are details such as the separate wide sleeves of white voile, lekman detsmira, which are sewn at the shoulders in such a way that the rest of the material floats in the shape of a bell. The dlalat consists of 2 braids of thick black thread that fall forward on each side of the head.After putting on face powder and lipstick, the bride receives the festoul, a long band of fine silk that is used like kam el ras to tie her hair, letting the ends hang down her back. 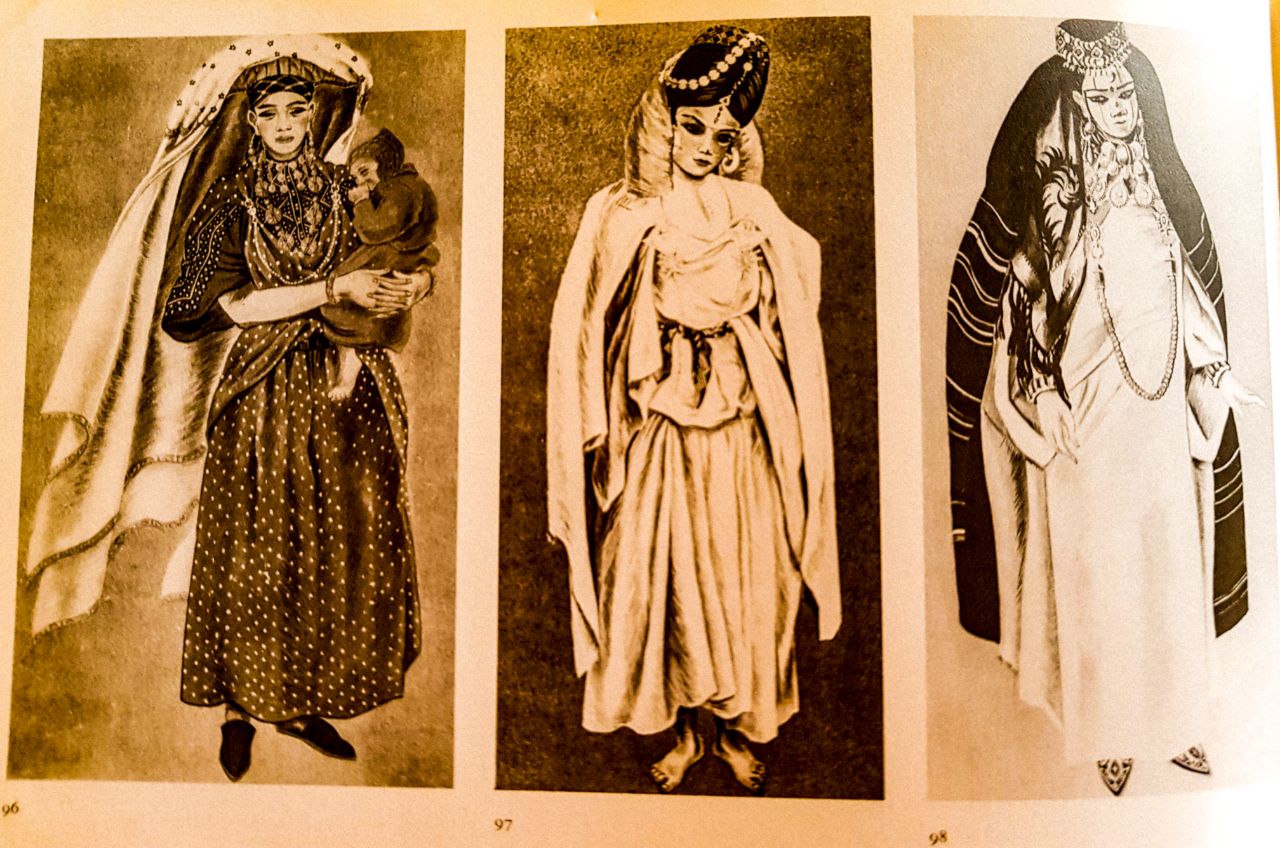 Then they place a sort of miter on her head, called sualef ez zoher in Rabat and khamar in Salé, which is covered with pearls, precious stones, gold coins etc … On this hairstyle, first the sebnia is put on white or green silk scarf, and then the elbelo, a thin white veil dropped on the girl’s face, softening the brilliance of the velvet and gilding, harmonizing the warm and lively tones of this sumptuous costume.

Finally, during the wedding the bride’s shoulders are covered with a white haik to hide the multitude of jewels, cosmetics and henna. Fixing the haik adds to the long and complex marriage ceremony of wealthy Moroccan Jews.

A truly special ceremony that best celebrates the wealth and splendor of the Moroccan Jews, who have always populated these lands, revealing themselves to be true brothers of Arabs and Imazighen and sharing prosperity and culture with them.