Few cities in the world can rival Shiraz in culture, the homeland of Sa’di and Hafez, a place that still today enchants as much as its immortal poets, a gift from Persia to the whole world 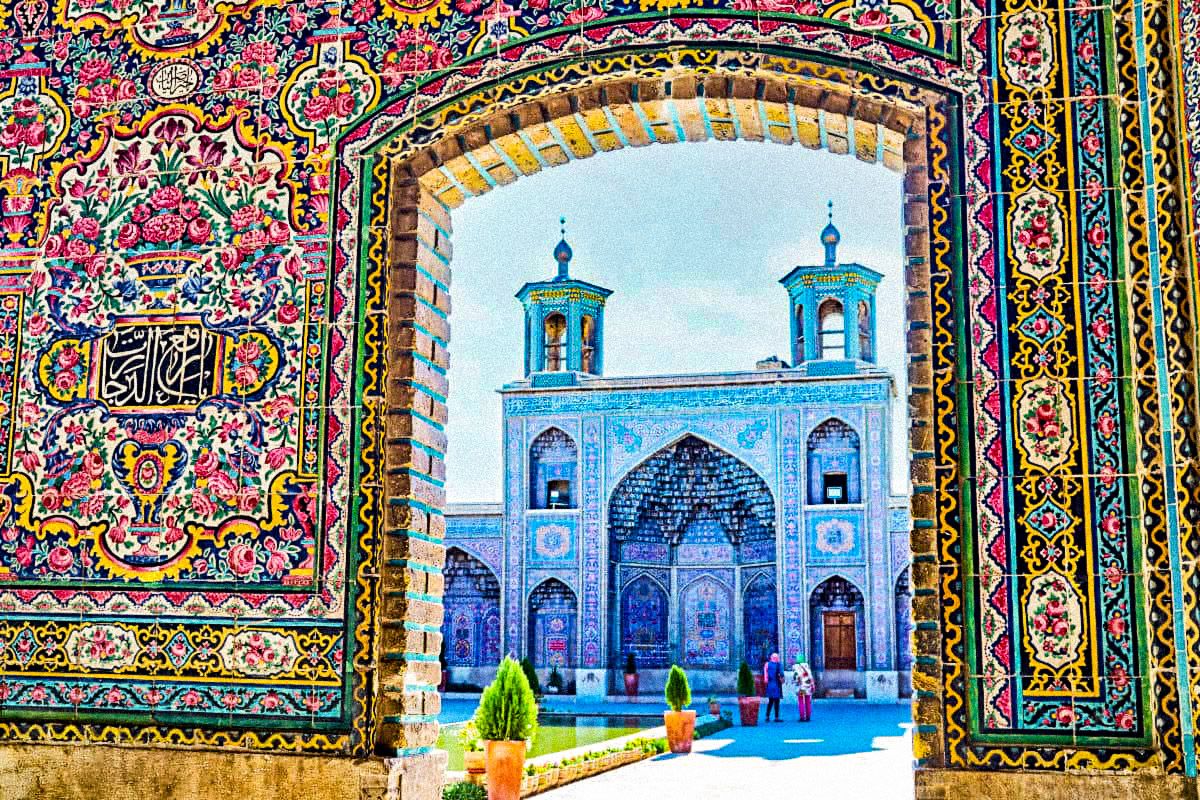 Each guild has its own market, so as to avoid mixing with the others, and the people, beautiful, dress in clean clothes: in the whole East, Shiraz is the only city comparable to Damascus not only for the beauty of the markets, of gardens, waterways, but also of the population!

Although known since time immemorial, the area around modern Shiraz remained sparsely inhabited for a long time, except for some settlements which, according to most, were little more than gas stations. Everything changed, however, with the arrival of the Arabs, who conquered this area with their first expeditions.

Shiraz was founded in 693 by Muhammad ibn Yusuf al-Thaqafi, a key man of the Umayyads in Persia, who turned it into their stronghold in the province of Fars. This led it to compete with Istakhr, the largest center in the area. With the subsequent Arab victory, this confrontation grew more and more, transforming Shiraz into the most representative city of the new Islamic civilization, while Istakhr remained a center mainly linked to the ancient traditions, losing more and more importance over time. It is important to underline that, precisely because of this “Islamic” connotation, it remained in the shadow of Istakhr until the 9th century, a period in which Islam became the majority religion in Persia.

The city will then fall for a short time under the Safarid dynasty, being then reconquered by Ali ibn Buya who will found the Buyide dynasty and radically transform the province of Fars, making it one of the richest and most splendid in the entire Islamic and Persian world. The new ruler will focus in particular on the city of Shiraz, making it his capital and building libraries, bazaars, mosques, gardens and caravanserai.

In addition, it will give a fundamental impetus to agriculture, which became one of the most prosperous of all, importing and exporting every good thing; finally, he promoted research in the medical, scientific and spiritual fields, thus becoming one of the most loved rulers ever in the Islamic world.

Having offered their submission to the Mongols and Tamerlane, the city was spared by both of them, reaching its greatest glory in the darkest moments for the rest of its neighbors. Between the 13th and 14th centuries, in particular, the city was the birthplace of Sa’di and Hafez, still considered today among the greatest Persian poets of all; the latter, however, has taken on such a central significance in Persian culture that it is recited at every .

The city was conquered by the in the 16th century, confirming itself among the most important cities of modern Iran even under the new Shiite dynasty which made it second only to in splendor and faith, so much so that Mulla Sadr, one of the most famous Shiite figures of always, was born here in 1571. With the fall of the Safavids in the 18th century, the city began to pass under the Zand dynasty, but lost its importance with the rise to power of the dynasty. The latter, in fact, moved the capital of Iran to , moving the center of power to the north for the first time and thus weakening the south of the country, where Shiraz is located.

In this period, however, the birth in Shiraz of Mirza Ali Muhammad, better known as Bab, one of the founders of the Baha’i faith, should be mentioned, so much so that even today his tomb is a pilgrimage destination. With the rise to power of the and the consequent new relaunch of Persian culture, the city underwent major restorations and saw the construction of many monuments to the great ones of its past.

The city, lacking of particular strategic or industrial importance, was however relegated to the role of “city of culture”, not obtaining a particular demographic development until the Revolution; even with the arrival of the latter, Shiraz maintained its role of “Persian Athens”, still remaining today one of the most wonderful places in the Islamic world.

The true story of the Magi