What are the roots of anti-Islamic prejudices in Italy and Europe? In this precious text by Bausani we will delve deeply into history making truly amazing discoveries

The Italian school and Islam

“We read in a well-known geography text, still (if I am not mistaken) used in the university that Islam” is the most recent of the monotheistic religions. Preached by Mohammed in Arabia in the seventh century AD with elements taken from the Jewish religion, it admits polygamy, indulges in human passions and is fatalistic, so it spread among the less advanced peoples of the old continent, inhabitants in the desert and steppe regions. Recently become a symbol of independence from the Europeans, Islamism has spread to vast regions inhabited by nigger () or by yellow people (Turkestan). 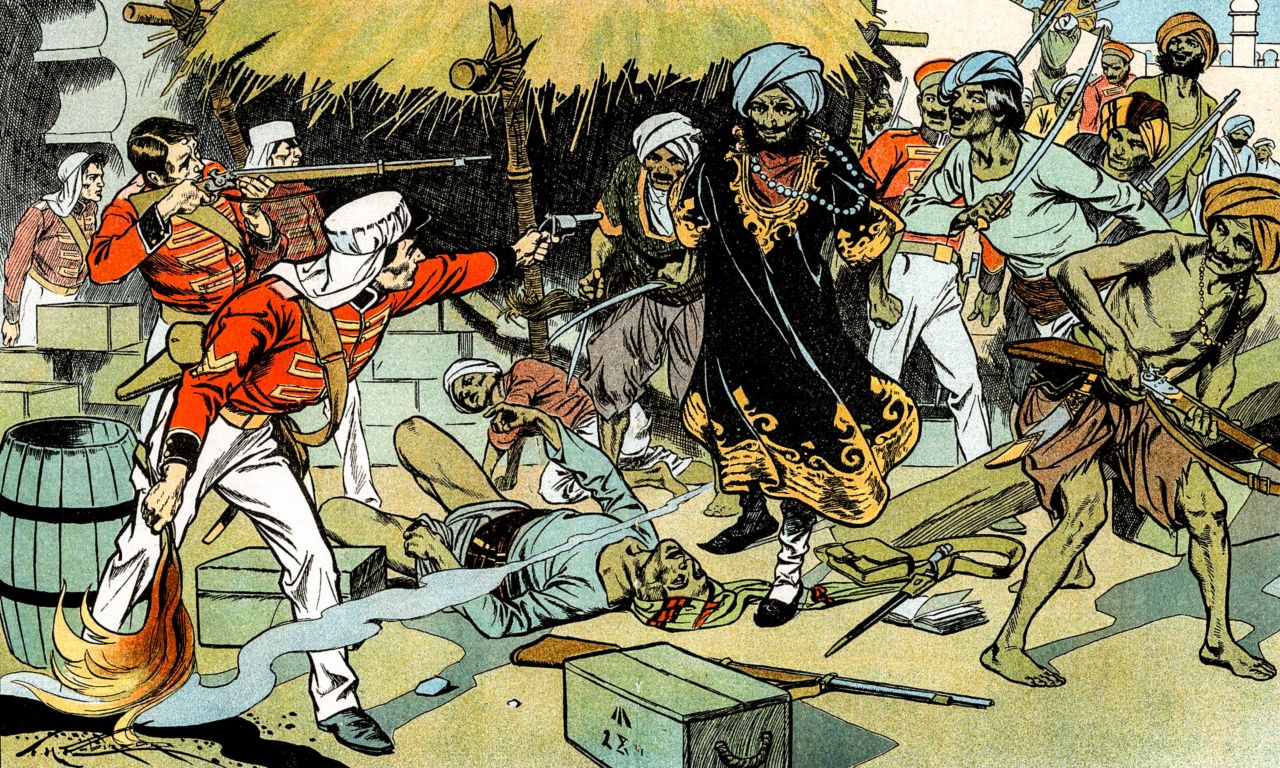 The Mohammedans now number 380 million and polarize around them the anti-European solidarity of peoples extraneous to Christian civilization, with Muslim fanaticism kept alive by the Senussite brotherhoods in the name of the freedom of black men “. And it ends (perhaps this is” update “?):” Today, Pakistan, on the Deccan Peninsula in Asia, is the largest Muslim state on earth, with eight tenths of the Muslim population. “

In this first text, Bausani offers us a sort of introduction to what awaits us in the rest of the essay, putting in front of us some of the sources that, unfortunately, were long considered among the most reliable in the Bel Paese. Texts like this, especially if taught in schools, can pollute the mind of the citizen, eventually making him hate something of which, de facto, he is absolutely ignorant. Precisely for this reason, this essay is not to be understood as an attempt to dispel preconceived ideas, but rather to understand their origins, often a much more useful and illuminating work.

First of all, Bausani tends to identify in the eighth century a sort of fundamental “turning point” within the criticisms of Islam, after which the latter began to become more and more ferocious and ignorant, based mostly on the “hearsay” that on official sources. According to the great Islamist, however, this upheaval had no spiritual motivation, how much more economic.

In the eighth century, in fact, Abu Jafar al Mansur reigned over the Abbasid caliphate, among the first to revolutionize the Church also from an economic point of view. In fact, he imposed taxes on churches and convents, abolishing all economic privileges of the clergy, thus establishing for the first time financial equality between Christians, whether they were priests or lay people. Moreover, about 70 years earlier, the caliph Abd al Malik ibn Marwan abolished the use of Greek in government acts in favor of Arabic, causing the first dissensions in a community that did not agree with the idea of such a secular state. Nevertheless, at the beginning of this new phase these criticisms were moved by Arabic-speaking people, therefore able to access the original sources, and in a courteous, albeit violent, form; after the ninth century, however, the level dropped dramatically.

The beginning of ignorance

Starting from this historical period, in fact, such criticisms will be characterized, in addition to even greater violence, by a complete, absolute, ridiculous and amazing ignorance regarding any aspect of Islam. This is because, since that time, most of the authors were monks of poor education who, considering Islam a priori “an evil heresy”, made a strange mix of Christian heresies and alleged aspects of Arab paganism, confirmed, according to them, by Muhammad.

“Let’s hear for example the nonsense that the Byzantine monk Hamartolos (824-868), one of the first of this” new deal “of Christian apologetics, says about Islamic” heresy “. 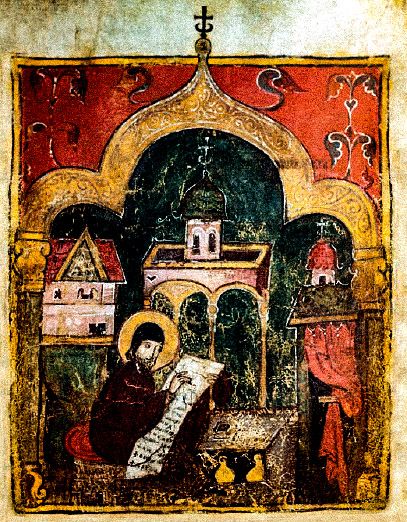 For him the expression Allahu akbar (God is the greatest), which overturns in “Allah Allah uah Cubar Allah”, means: “The Moon and the Sun are greater than God”.

Precisely because of this total lack of a true scientific research regarding Islam, this ridiculous interpretation will last until the 17th century when, thanks to the Giuseppe Simone Assemani, he put an end to this absurdity; in the meantime, however, we have masterpieces such as that of Cesare Baronio, written between the end of the 16th century and the beginning of the 17th century:

“It is said that he[Maometto][Mohammed] gathered the cult of the star who has the name of Cubar, or Lucifer, or Luna, so that it was not believed that he had abandoned paganism”. 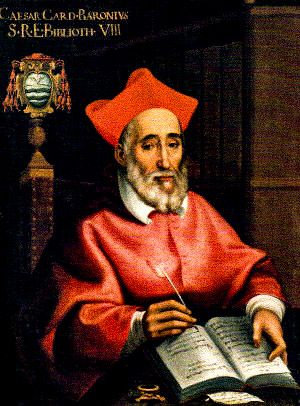 Between priests and popes

The thought of the lower ranks of the clergy and populace was in fact that Muhammad was a priest from who, due to “his penchant for women”, had fled from his native place and had founded his own sect with pagan connotations, so to “take revenge” on the rest of Christians.

Incredible how, even in conjunction with the Crusades, the knowledge of the popes was so different and closer to the truth than all the rest of Christianity, giving rise to much more complex and profound diplomatic relations than one might ever expect.

“Since God almighty, who wants us all to be saved and that no one perish, pleases nothing more than what, by conforming to what he has enjoined on us, we love our neighbor … 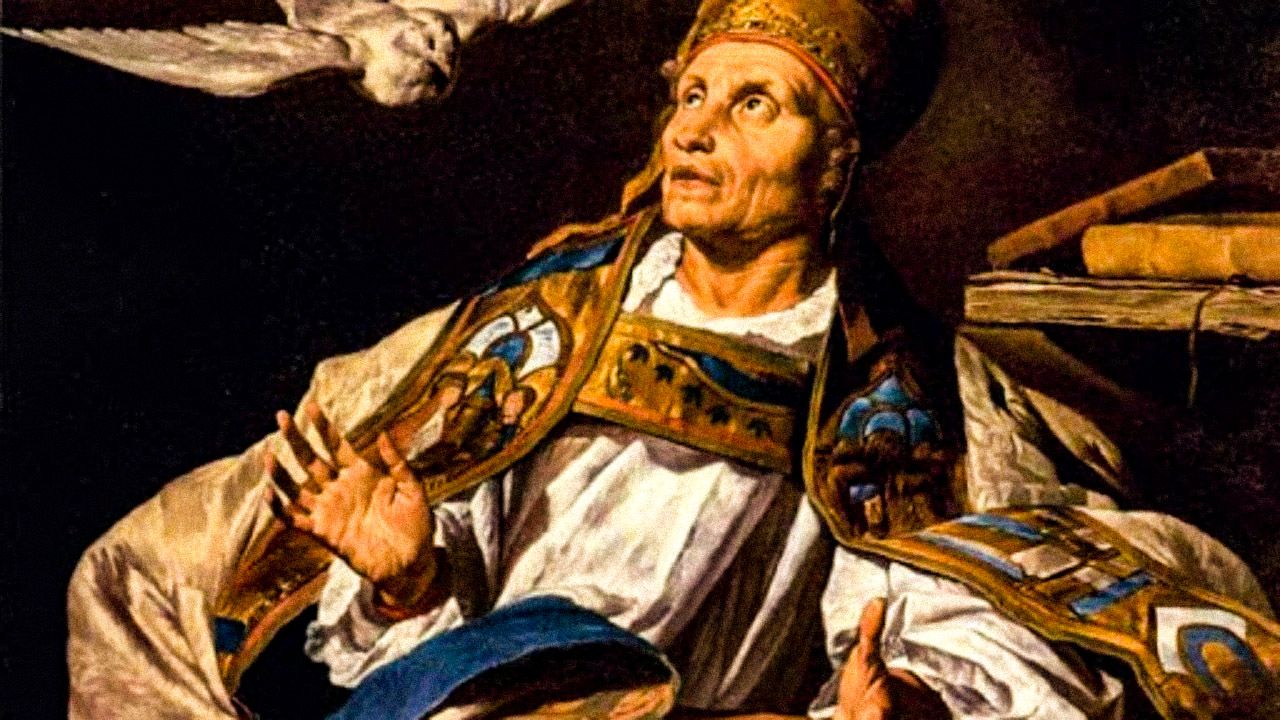 This love should exist more among us than among other peoples, since, although in different ways, we both recognize one God and every day we praise and adore him as creator and ruler of the universe.

In 1143, the was finally translated into Latin by Robert of Chester, but this in no way resolved the controversy, in fact, Peter of Cluny, the commissioner of this translation, expressed himself in absurd ways, which betray the main one intent: to exploit the translation to show the “evil” of Islam.

“Muhammad, in order not to appear completely dishonest, recommended the practice of almsgiving and some works of mercy, and finally praised prayer. In this way he reveals himself in all respects monstrous … [Saracens are worse than heretics] because, although they affirm something truthful about God, they also say many false and they have neither baptism, nor confession, nor any other Christian sacrament “.

On the contrary, William of Tripoli, who was indicated as the companion of the Polos and ambassador of the Holy See to the Great Khan, read the Quran in Arabic and in his “Treatise on Muslims” wrote:

“What does the Alcoran contain? The book of the Saracens called Alcoran, or Meshaf (Mushaf) contains many praises of the Creator, that is, praises of his power, science, goodness, mercy, justice and fairness. It also praises those who believe in God and they use justice …
It also celebrates, exalts and praises Jesus son of Mary above all the children of men, as well as Mary above all women, who, by divine will, through a breath of God conceived and gave birth as a virgin and such She remained.

Finally he exalts and praises all the holy fathers of the Old Testament. He says that four books descended from heaven: the Torah, the Gospel, the Psalter, the Book of Prophets and that the fifth is the Alcoran. He mentions Muhammad in two places without giving him any praise. On the other hand, he praises the Lord Jesus as well as of Mary, his mother and also of his followers who are called Christians … ”

They were so successful in their intent that they forbade its diffusion both in the populace and in the intellectual world, keeping the latter in total ignorance.

Between Catholics and Protestants

It is absurd in fact that Marco Polo, who personally knew William of Tripoli, shows, in his “Million”, a precise knowledge of all the faiths with which he came into contact except Islam, on which he merely mechanically repeats the concepts introduced by the friars . According to Bausani, the prejudice that Islam was a religion of “obscenities” derives from the latter who, obsessed with forced chastity, saw something “” in the Quranic message, so much so that they searched for a long time in S descriptions of “oriental pleasures”.

This idea, along with many other absurdities, unfortunately did not stop with the Catholic world but was also linked to Protestantism, which would soon change Europe forever. Martin Luther in fact limited himself to placing Islam and Catholics on the same level, but giving Muhammad some characteristics of a “great” Muslim contemporary: , not exactly an example of pacifism and tolerance. However, this historical inconsistency will have enormous prominence, to the point that

” [I turchi][The Turks] found a leader in Mohammed, prince of the Saracens, who is said to have been a suitable lid for the pot. Having achieved, under his guidance, repeated successes, those people, who until then had been nothing but salaried, began to aspire to command and therefore, attacked the Saracens, he defeated Mohammed in battle and slaughtered him. This is the origin of the kingdom of the Turks “.

The work that put an end to the absurd was the Latin translation of the Italian Ludovico Marracci, completed only in 1698, in whose introduction we can read:

“If I wanted to narrate the life and deeds of Muhammad as I have said our authors, I think that would make me ridiculous in the face of Muslims. On top of that do not get along with each other about what they say, hard to believe that both of them reason about the same person.

Let me be clear, Marracci’s attitude will be anything but friendly towards Islam, but his work represents a fundamental point for the whole Christian world, finally able to draw on an accurate and faithful tradition, thus being able to move really the first steps in the Islamic world. We leave you with the conclusion of Bausani himself:

In conclusion, what can this story tell us? At the origin of the anti-Islamic prejudices in Europe there were two basic factors: greed and ignorance. Greed for power that produced wars and crusades; ignorance of the masses, skillfully exploited by the powerful to arouse their hatred against the enemy and to better serve their own purposes of conquest. […] 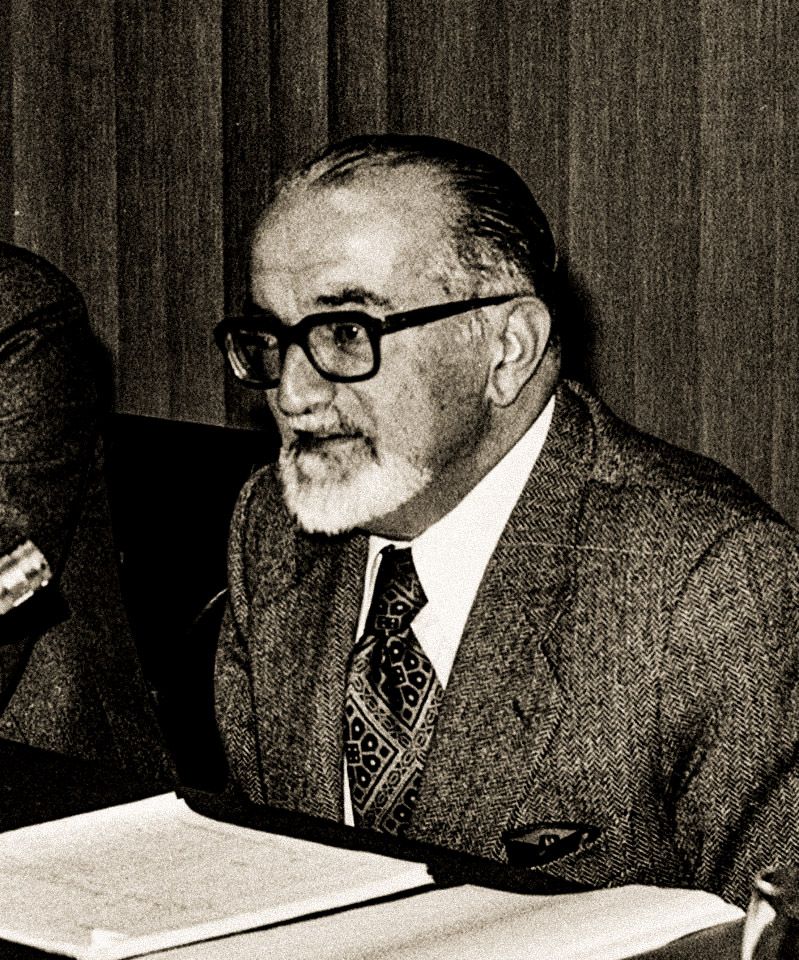 Very often the religious, traditionally accustomed to seeing in their sacred books the only absolute truth, are ready to apply their moral laws only to “neighbors”, to co-religionists, while slander, blackmail and worse are often considered as partially justified towards others so-called “false” religions.

Omar and The Eastern Power