Because of Covid, the 2020/1441 Hajj will not be celebrated, for this reason, we relive that of the greatest traveler ever: Ibn Battuta

Duty premise: what you are about to read (as well as every quote from Ibn Battuta read so far) is taken from “I Viaggi” by Ibn Battuta edited by Claudia Tresso; book that I strongly recommend to buy as a pearl of the Islamic world in Italian

From the first to the seventh day of Dhu al Hijjah

On the first day of the month of Dhu al Hijjah, drums and eardrums are played at the hour of prayers, morning and evening, to announce that the blessed solemnity [del pellegrinaggio] has come, and so it continues to do until the day you go up to ‘Arafa. 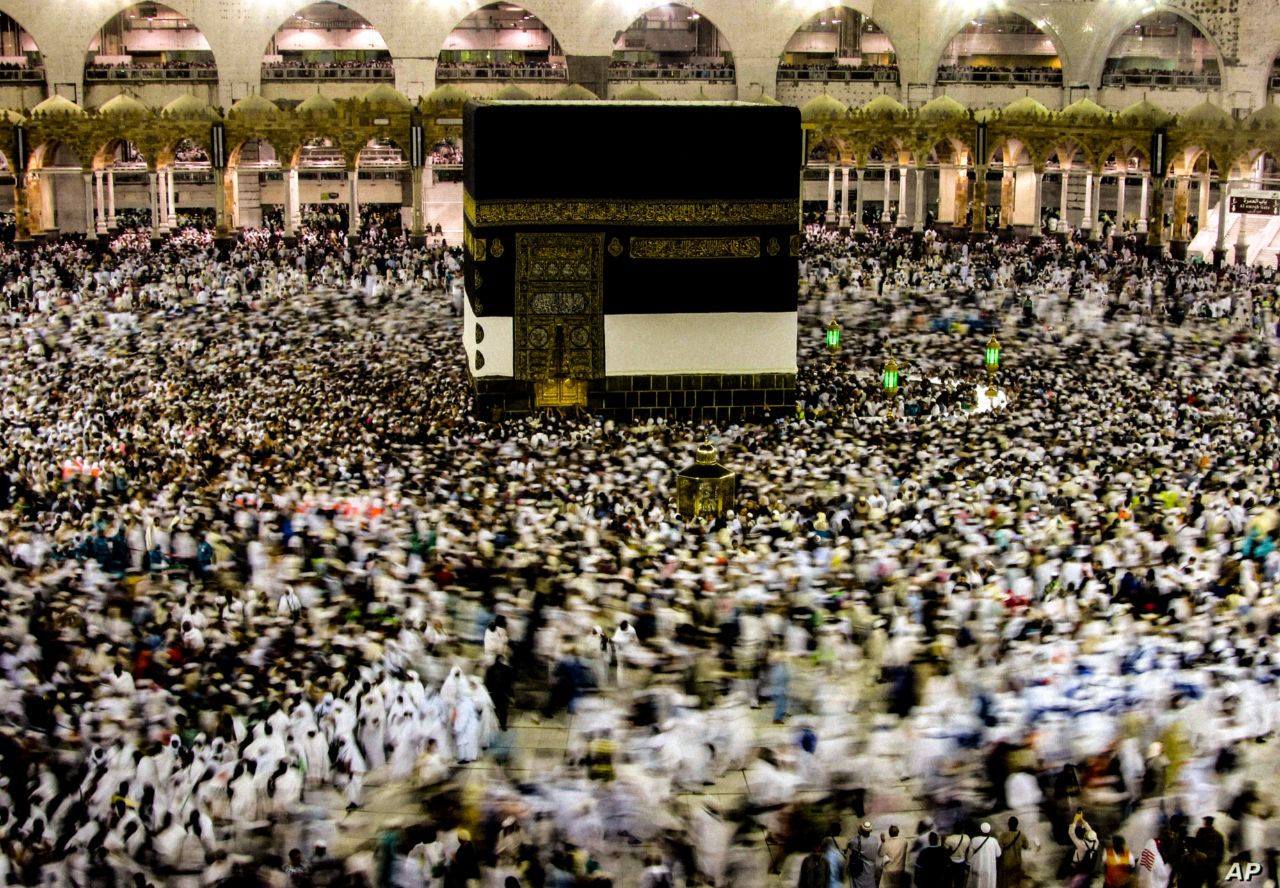 On the seventh day of the same month, after the midday prayer, the khatib holds an eloquent khutba in which he explains to the pilgrims the ceremonies and the meaning of the ‘Arafa wuquf.

On the 8th day, the start of the Hajj

On the eighth day the faithful rise early in Mina, where the emirs of Egypt, Syria and Iraq, together with the ulema, spent the night: Egyptians, Syrians and Iraqis rival with pride and ostentation in terms of the number of lit candles, but the best are always the Syrians!

On the 9th day, Mount Arafa

On the ninth day the pilgrims leave Mina after dawn prayer to go to Arafa and passing through the wadi Muhassir, which is the limit between al Muzdalifa and Mina, cross it with a rapid step as the sunna wants. Al Muzdalifa is a vast plain between two mountains, surrounded by cisterns and water tanks built by Zubayda bint Ja’far Ibn Abi Ja’far al Mansur, wife of the Emir of the believers . 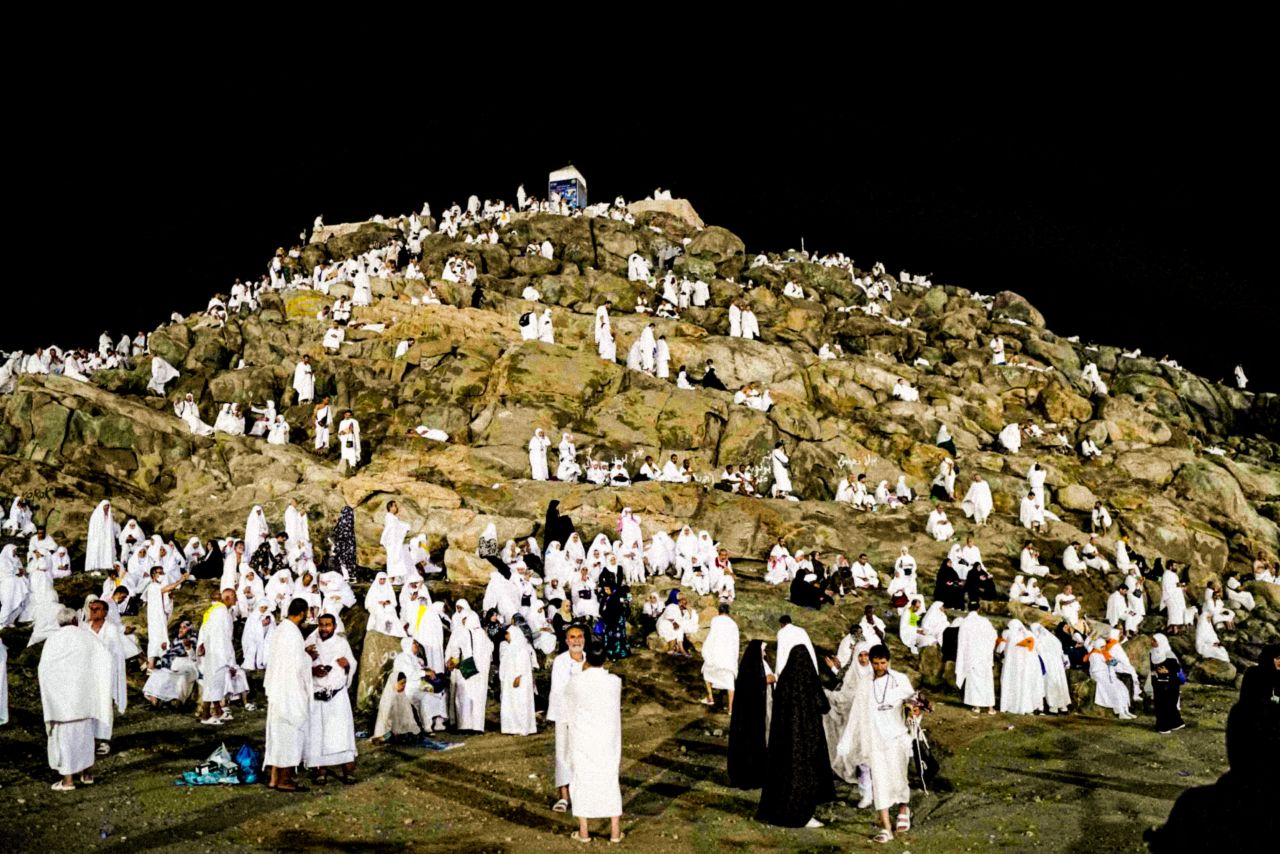 ‘Arafa has three names and a vast plateau surrounded by mountains with the Mount of Mercy at the bottom, which with its surroundings is the place where the wuquf takes place. 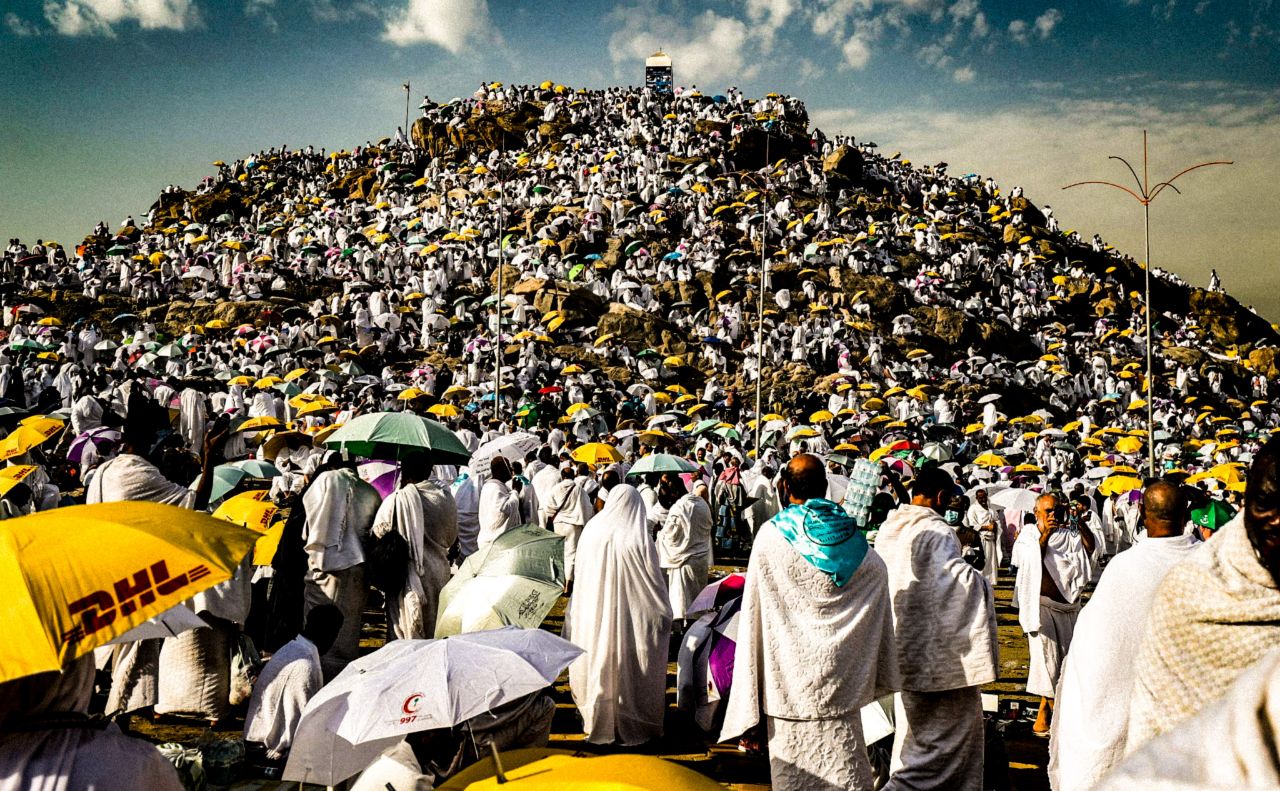 About a mile before, two poles mark the boundary between the profane and the sacred territory and not far from there, immediately after ‘Arafa, the depression of’ Urama begins, from which the Prophet ordered to keep away. We must be careful, just as we must avoid performing the nufur before the sun has completely disappeared; instead the camel drivers, at times, cheat a lot of pilgrims because, fearing the fuss of the nufur, they lead them to the depression of ‘Urama, thus making their pilgrimage null.

On the 9th day, the mount of Mercy

The aforementioned Monte della Misericordia, an agglomeration of scattered rocks, stands in the center of the plain of ‘Arafa, a little apart from the other mountains. At the top, in the center of a dome dedicated to Umm Salama, there is a mosque where pilgrims compete to pray; all surrounded by a large terrace overlooking the plain of ‘Arafa, on the south wall it hosts a series of mihrabs for the prayers of the faithful. 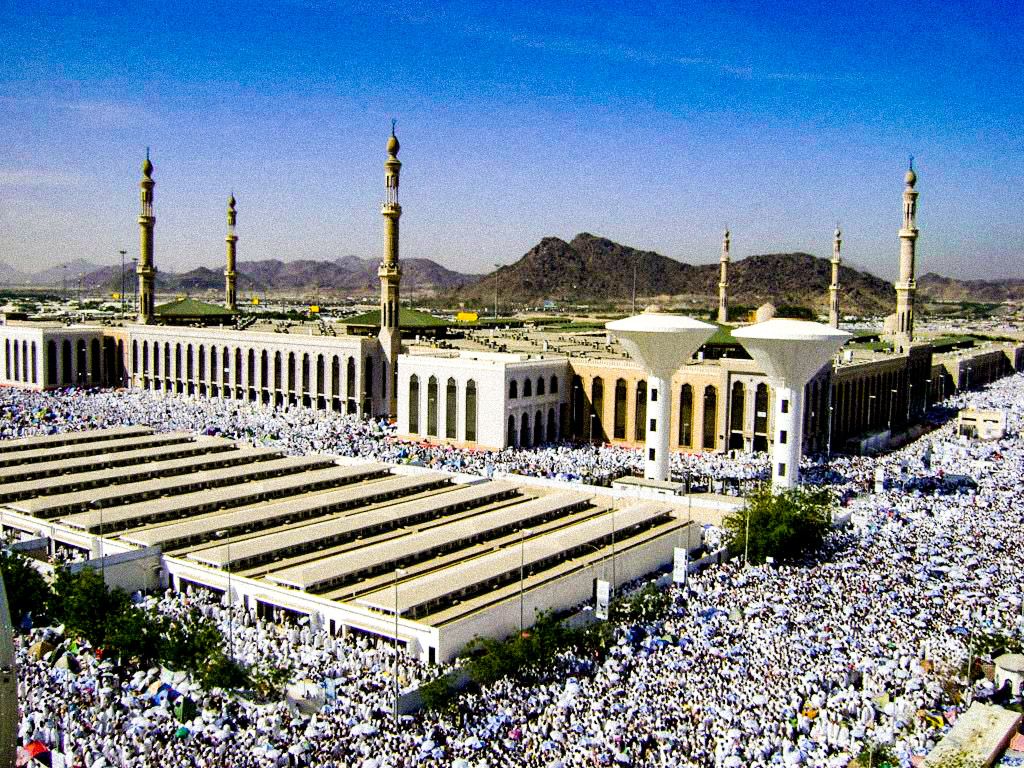 At the foot of the mountain, to the left for those looking at the Ka’ba, there is a very old house called “The House of Adam”, on the left of which you can see the rocks where the Prophet sat. All around there are cisterns and water tanks and nearby is the place where the imams utter the khutba and perform the two midday and afternoon prayers together. To the left of the two poles, the wadi al Arak flows, where green arak bushes grow as far as the eye can see. 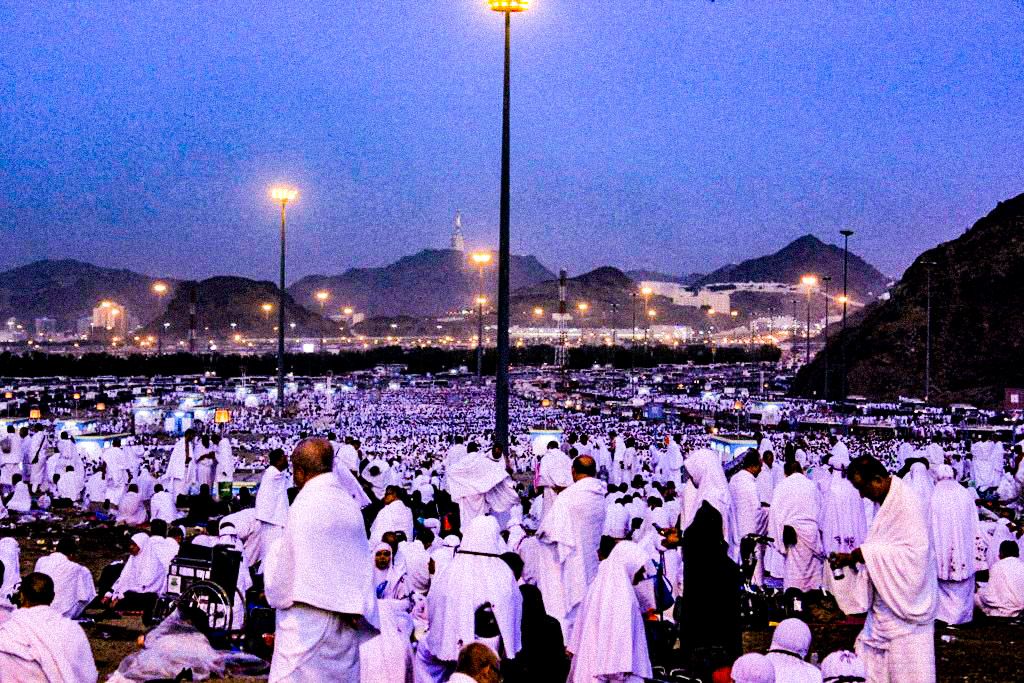 When it is time for the nufur, the Imali Malik waves with his hand and leaves his place. The pilgrims rush with such ardor that the earth trembles and the mountains are shaken: what a venerable wuquf and what a majestic sight! In the soul we hope that the pilgrimage will have a good effect and we hope for the gift of his mercy: God will count us among those with whom He is satisfied! My first wuquf took place in 726 (1326), on a Thursday. (…) After sunset the nufur took place and for the last evening prayer we arrived at al Muzdalifa, where, according to the Sunna of the Envoy of God, we performed the sunset prayer together with the evening prayer, and then that of dawn.

The following morning, after the wuquf and the invocations on al Mash’ar al Haram, we headed to Mina. The whole of Muzdalifa is a place of wuquf, except wadi Muhassir, where one proceeds at a rapid pace until one has left. Starting from al Muzdalifa, as recommended, most of the pilgrims collect stones for stoning – but there are also those who take them around the al Khayf mosque: on this point the rules are very tolerant. 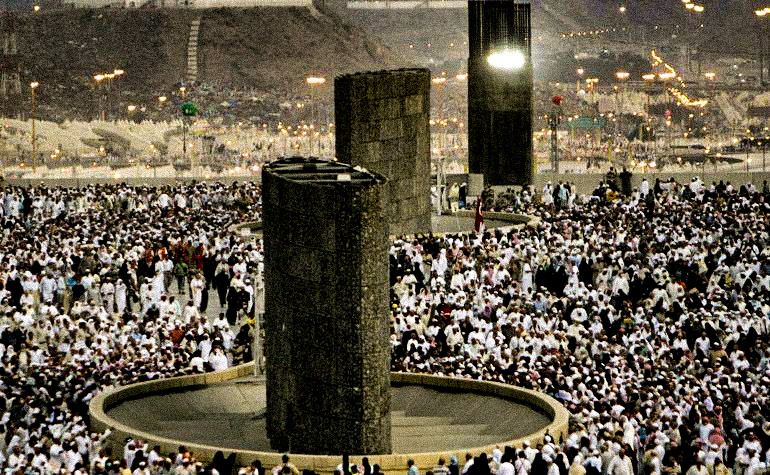 Once arrived in Mina, however, the pilgrims work hard to throw the stones at the Cippo di al ‘Aqaba, then they slaughter and sacrifice herds and camels, shave their heads and for them everything is lawful – but not the women and the perfumes, for which the ifada tawaf have yet to perform.

[…] On the day of the sacrifices, the Egyptian caravan brings the velarium to the Ka’ba, which is placed on the roof, and three days later the Banu Shayba deploy it on the noble House.