From Oran to Paris

There are cities born to churn out the excellence of its sector. In Italy we have Romagna for engines and Naples for food, in Algeria for music there is only Oran and the greatest singer in Algerian history could only be born there. 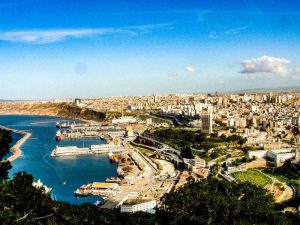 Hadj Brahim Khaled owes his incredible career to his homeland where, as a child, he sang his music at weddings and circumcisions, becoming in a very short time an absolute star in the country. The problem, however, lies in the genre sung by Khaled. At the time, in fact, a particularly religious Algeria had made Raï illegal because of its particularly bold texts. The situation became particularly delicate when, in 1985, Algeria decided to legalize the Raï, as well as inaugurate a festival in Oran.

The reaction of the religious hard core came out just after this event, launching fatwe against all the major artists of the genre, thus causing their escape. One of these was Khaled who was forced to flee to Paris.

In the French capital, however, he found a new dimension which then made his fortune. In fact, no longer confined to Algeria, Khaled was able to enjoy the immense visibility that Europe offered him, as well as being safe from any kind of censorship. In 1992 he launched the album Khaled with his first big hit: Didi.

Thanks to this immense success, the Algerian became known also to the French-speaking public and in 1996 he wrote with Jean-Jacques Goldman his most famous pearl ever: Aisha.

In 1998 he will then participate in 1,2,3 Soleil, the concert that made the history of Raï, definitively consecrating him as a legend. While in 1999 she sings, together with the Israeli singer Noa, John Lennon’s Imagine, making her talk about herself even in humanitarian terms. In 2012 he will then launch his latest great success, C’est la vie will in fact become one of the songs still more popular than ever and on which the covers are wasted.

Khaled, the face of the Raï

Beyond the controversy that has rained down on him in recent years, Khaled remains one of the most deeply rooted figures in the entire Arab imagination. Who has never spent a summer listening to at least one of his pieces? Who has never listened to Aisha dreaming of her eternal love? Yesterday we talked to you about Müslüm Gürses, as the voice of Turkey today we talk about one of the voices not only of Algeria, not only of Raï but of the entire African continent. It is no coincidence that to inaugurate the South African world championship they entrusted themselves to him, the face of Raï, the face of African music.

8 books recommended by the Griot Library in Rome

The coco de mer of Seychelles

History of Cairo, from Ancient Egypt to the Arab Springs