Damascus, the city that has always been the physical representation of being Syrian; an open-air masterpiece able to amaze in every age for its timeless wonders

The words of Ibn Battuta (part I)

Damascus surpasses other cities in beauty and surpasses them with its splendor. Every description, however precise, is always too limited to convey all its attractiveness, but there are no more exquisite words than those of Abu al Husayn ibn Jubayr, who expressed himself thus: 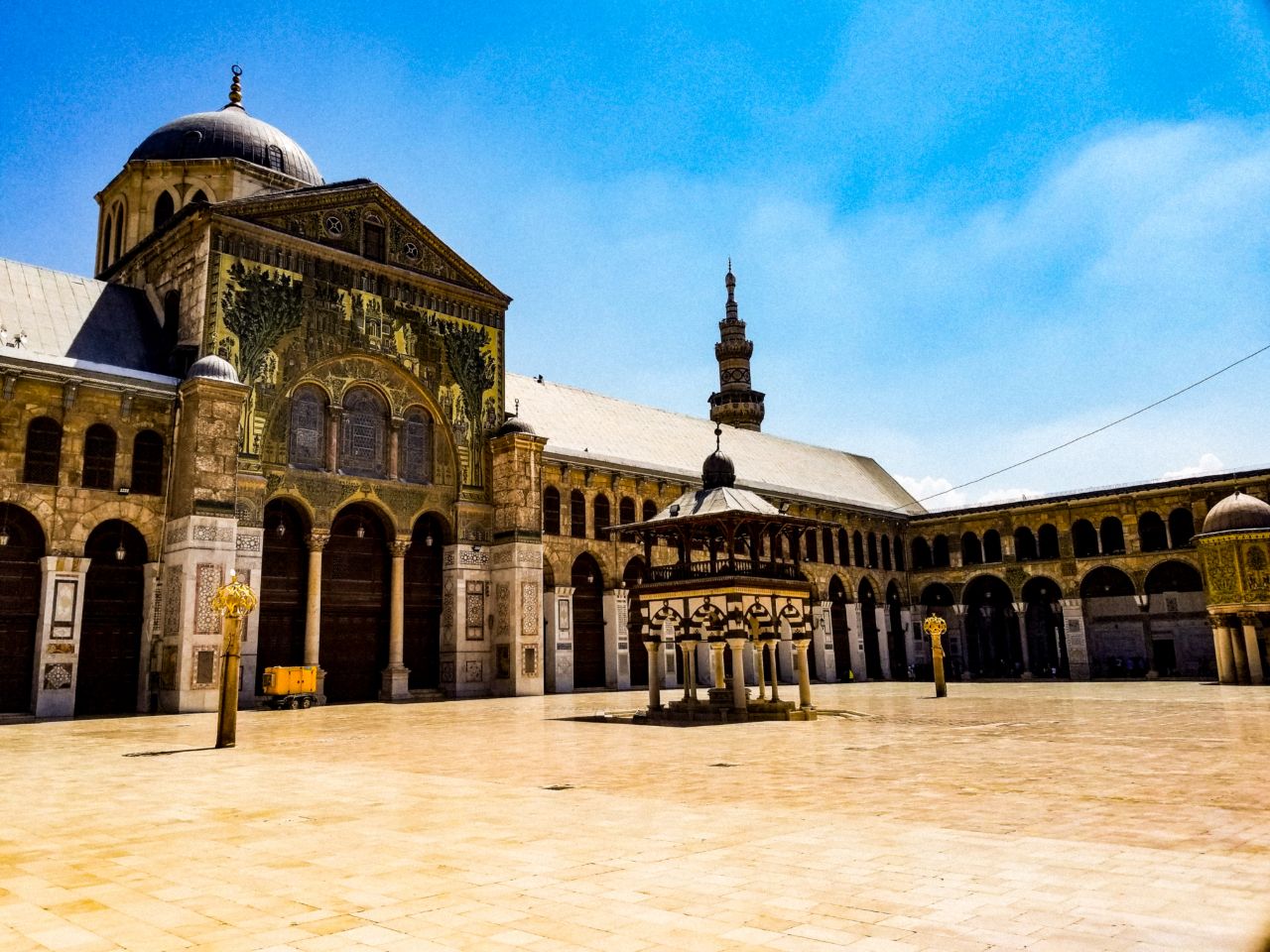 “Yes, Damascus is the paradise of the East, the place of origin of its splendid light; the last country of Islam in which we arrived, a new bride among the cities that we revealed. Dressed in flowers of fragrant plants, it appears from the gardens wrapped in brocade drape and for its beauty occupies a place of high rank, sits on the wedding throne with splendid ornaments

(continue at the bottom of the article)

The origins of Damascus

The first remains of Damascus date back to 6300 BC, however there are traces of humans on the Barada basin, its river, since 9000 BC. ; to complete information, however, it must be said that we will have to wait until 2000 BC. before seeing a large inhabited center with walls. The city developed particularly following the “Bronze Age collapse“, from which it easily managed to re-emerge, finding itself with little competition to and with new and revolutionary technologies. In fact, the Arameans settled in Damascus, thus leading to the formation of a new kingdom and the creation of one of the most revolutionary irrigation systems ever.

From the first millennium BC, the city became the capital of the kingdom of Aram-Damascus, often finding itself facing the Jews, who in the meantime had increasingly developed their own in the South. This hostility ceased when the Assyrians tried to conquer the Levant, thus leading to the battle of Qarqar, in which a Semitic army of about 70,000 men (apparently) defeated an Assyrian of 100,000. From the eighth century BC, however, the city fell definitively under the Mesopotamian yoke, then following its fate.

With Alexander the Great, the city definitively became part of the Greek world, so much so that the whole city was renamed “Demetrias” and was completely rebuilt by the Seleucid king Demetrius III, who briefly placed his capital here. In this period, however, Damascus continued to undergo a moment of decline and stagnation which will be interrupted only by the arrival of the Romans.

The latter transformed it into one of the most important cities of the whole Roman Empire, rebuilding it once again and providing it with incredible autonomy, which allowed it to return to excel in the region in a very short time. In 125 Hadrian made it a metropolis of the province of Celesiria and in 222 Septimius Severus finally gave it the title of colony, thus equating it with the Italian cities. Precisely because of his incredible well-being during the Empire, some of the first Christian Jews found refuge here.

Arabs and the Middle Ages

The city was conquered in September 634 by the great Arab leader Khalid ibn al Walid, leading to an immediate Byzantine reaction that feared losing the most important city in the East. This reaction, however, ended in the mythical battle of Yarmouk, thanks to which Khalid is still remembered today; in fact, in this clash, a miserable army of 27,000 Muslims defeated a force of 100,000 Byzantines, forever changing the course of history. Following this victory, Damascus became the first “extra-Arab” capital of the Islamic world, starting to transform itself from Aramaic-Christian to Arab-Islamic. However, this dynasty disintegrated fairly early with the Zab of 750, after which it ceased to exist and Baghdad inherited the power of the ancient capital.

Under the latter, in reality, nothing particularly significant happened, except for the siege of 1400, in which Tamerlane met Ibn Khaldun and, shortly after, put the city to fire and sword. In 1516 the whole of Syria was conquered by the Ottoman Empire, which, terrified of a possible union between Safavids and Mamluks, started a large-scale military campaign with Selim I, conquering the whole Mamluk empire in 1517. Under the Ottomans, Damascus grew exponentially in importance, but became a place devoted above all to religion, rather than to trade. Many pilgrims (including Ibn Battuta himself), in fact, began their journey from this city, making it, in Ottoman eyes, not so dissimilar from Jerusalem in sacredness.

Not surprisingly, it was here that Selim I dedicated a mosque to the legendary Ibn Arabi and his son, Suleiman the Magnificent, had one of the most beautiful mosques built by Mimar Sinan, the phantasmagorical Ottoman architect. Unfortunately, the city was also the scene of the Massacre of Christians in 1860 by the Druze, a moment of particular brutality in the city and which saw Shaykh Abdel Qader as an active rescuer of the oppressed, especially Christians. Following the First World War, the city will be conquered by the forces of the Lawrence of Arabia, ending up then, by the Sykes-Picot agreements, in French hands. After a strenuous resistance, Damascus will become definitively independent in 1946, thus inaugurating the beginning of today’s Syrian state.

Here streams wind everywhere and the light breeze from the gardens breathes life into the soul. Damascus shows its charm to those who admire it in all its splendor and say: “Come on here, where beauty resides both night and day!” 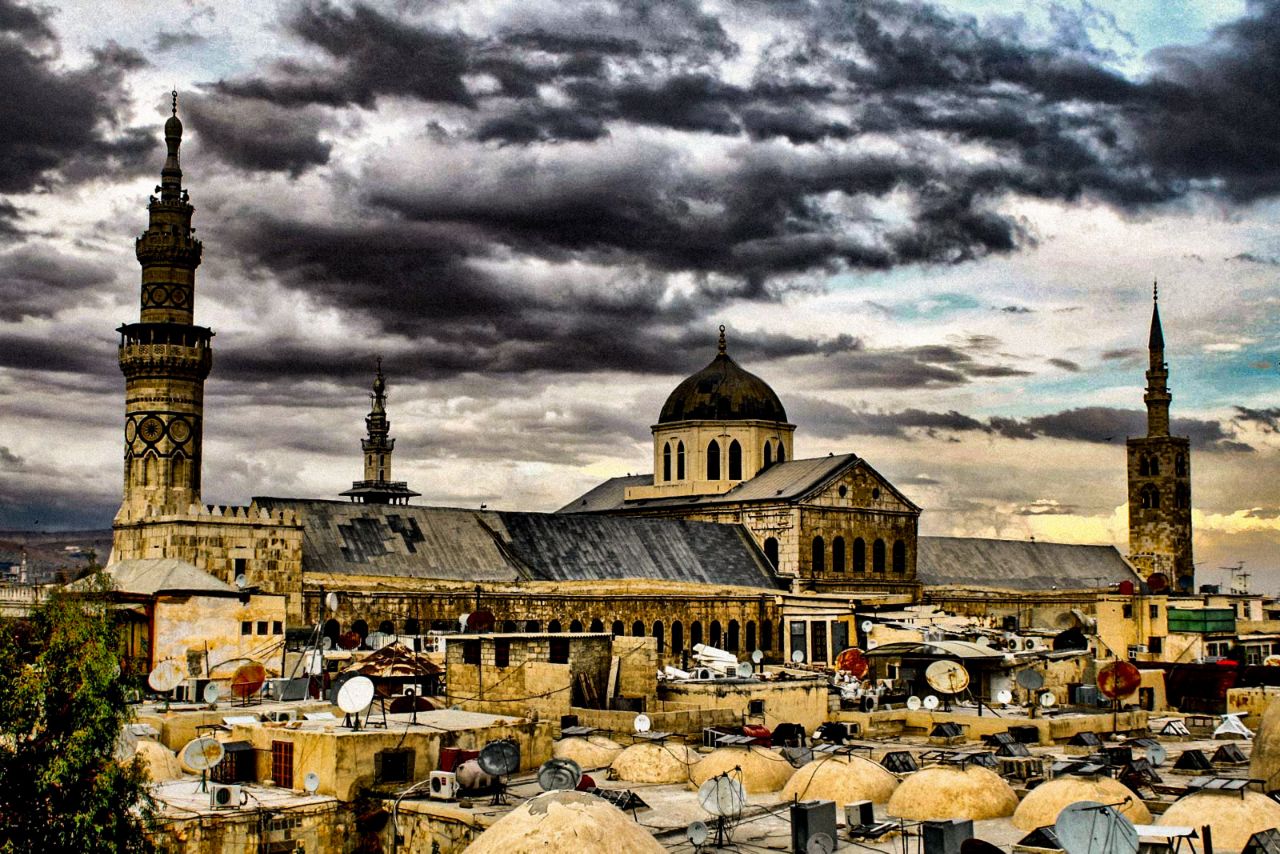 His land is so full of water that he almost wants to be thirsty, and we hardly miss that even the hard and harsh stones say: “Hit the ground with your foot: fresh water will flow, good for washing and drinking!”

History of Baalbek, the splendor of Lebanon