Beirut is a city that over the centuries has been able to tell the best of the Lebanese epic, soon becoming the cultural center of the country with all that follows from it

“A small city but with very beautiful markets and a splendid Friday mosque, from which fruit and iron are exported to Egypt, and from here we went to visit the tomb of Abu Ya’qub Yusuf, who they say was one of the Maghreb kings

Like other Lebanese cities, Beirut also has an ultra-millennial history, with remains dating back to over 5000 years ago. However, unlike Tire and Sidon, the latter was not particularly distinguished during the Phoenician period, as much as in the Hellenistic one. Conquered by Alexander the Great, during the struggles for his succession it was razed and rebuilt with the name of Laodicea. After a brief exploit by the Kingdom of Armenia, which took it in 83 BC, the city passed under Roman control, where it will begin to acquire the fame that still makes it famous in the world today.

Pompey, in fact, restored the ancient name of Berytus and soon became the “most Roman” city in the Middle East. This is because the land around the city began to be given as a prize to veterans of the Roman army and this allowed a rapid cultural assimilation, so much so that it was soon considered on a par with Italian cities and therefore not subject to imperial duties. Furthermore, under the Romans, one of the most famous law schools in the world was opened, capable of giving birth to characters such as Papiniano and Ulpiniano. Like all Lebanese cities, in the 6th century it suffered an earthquake of incredible magnitude that almost completely destroyed it, making it very easy to conquer for the Arabs, who arrived there in 635.

Under the latter, the government of the city was entrusted to Druze emirs who managed to reach an agreement with Damascus to sabotage the commercial monopoly of Acre, thus succeeding in a first and tiring ascent. In 1832 the bitter rival will be conquered by Ibrahim Ali Pasha of Egypt and this will finally provide Beirut with the great opportunity to confirm itself among the great centers of Lebanon. Unfortunately, this will attract many new families to the city, mostly Christian, who will also want to enjoy the great local wealth; all this, however, will end in an armed conflict that will shock the country in 1860 and give the French an excuse to enter the region.

Like all of Lebanon, Beirut will also pass to Paris following the First World War, regaining its freedom only in 1943. Soon it will become one of the richest and most cosmopolitan metropolises in the Near East, re-proposing, however, the conflicts that had already arisen in 1860 From 1975 to 1990 it was in fact the scene of the well-known Lebanese Civil War, in which about 60,000 people died in the first two years alone. During the conflict the city was involved much more than closely, so much so that it had an internal border line called the “Green Line” which divided the Muslim neighborhoods (to the West) from the Christian ones (to the East).

In the same city, moreover, in 1978 there was also a sort of sub-conflict that involved the Syrian army and several Christian formations for the control of the east of the city, causing the war and pain to extend to the interior of Beirut itself. In 1982 following the assassination of Bachir Gemayel, leader of the newly elected Falangists, the capital will be occupied by the Zionist army, which will witness one of the worst massacres in human history. To avenge the death of their leader and the massacre of Damour, they will enter the Palestinian refugee camp of Sabra and Shatila, staining themselves with every brutality man can even conceive.

The city found peace only with the Taif Agreements but, given its political and economic centrality, it has been animated by all the latest political upheavals that have seen Lebanon protagonist since 2006.

“[…] Their missiles dug wells for water, their language of death instigated us to sing:” We won’t go away. “We saw, on the screens of others, our faces exalted by the enormity of that promise, we have seen them break the siege with immovable signs of victory. 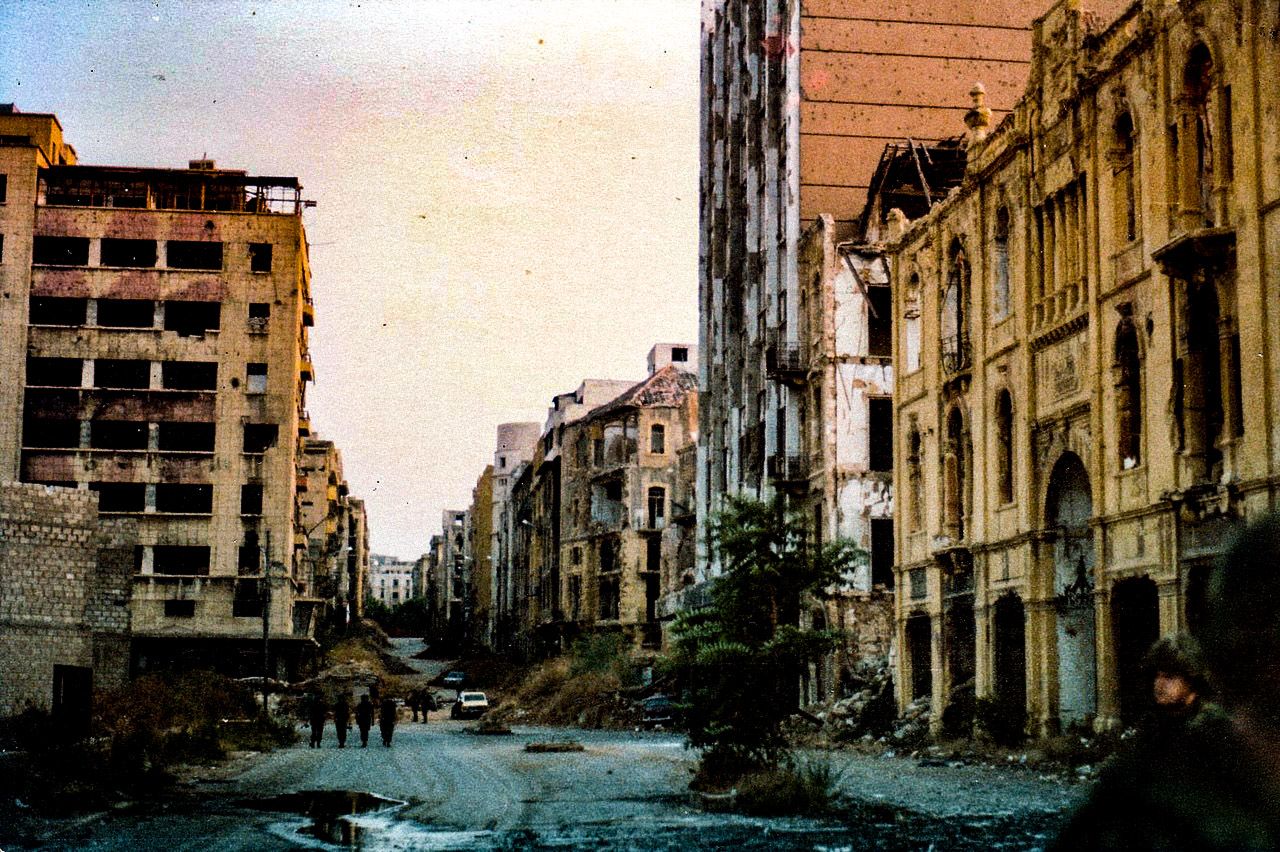 We will not lose anything from now on, because Beirut is still here and we are still in Beirut, here in Beirut, in the middle of this sea, at the gates of this desert. We, many names from a different homeland, many words that find their meaning. Here, in the curtain erected for the meanings that have been lost, for the expressions that have been lost, for the splinters of an orphan light that has been expelled with lashes. ”

“Memory for Forgetfulness ” by Mahmoud Darwish

The Arab and Islamic world in Chile

History of Gaza, the indomitable