al Quds, “the Saint”, the Arabic name best expresses the characteristics of Jerusalem, so beautiful and sacred as to be coveted by all, condemning its inhabitants to an endless resistance struggle

The words of Ibn Battuta about the Dome of the Rock

It is one of the most admirable, perfect and extraordinary buildings, boasts all sorts of attractions and possesses an infinity of wonders. Located on a hill in the center of the Sanctuary, it is accessed by a marble staircase and has 4 doors. The floor around it, as well as the one below the dome, is covered with perfectly worked marble and both inside and outside the decorations are so enchanting that it cannot be said: they are mostly covered with gold, so that the dome shines with light and shines like the brightness of lightning. 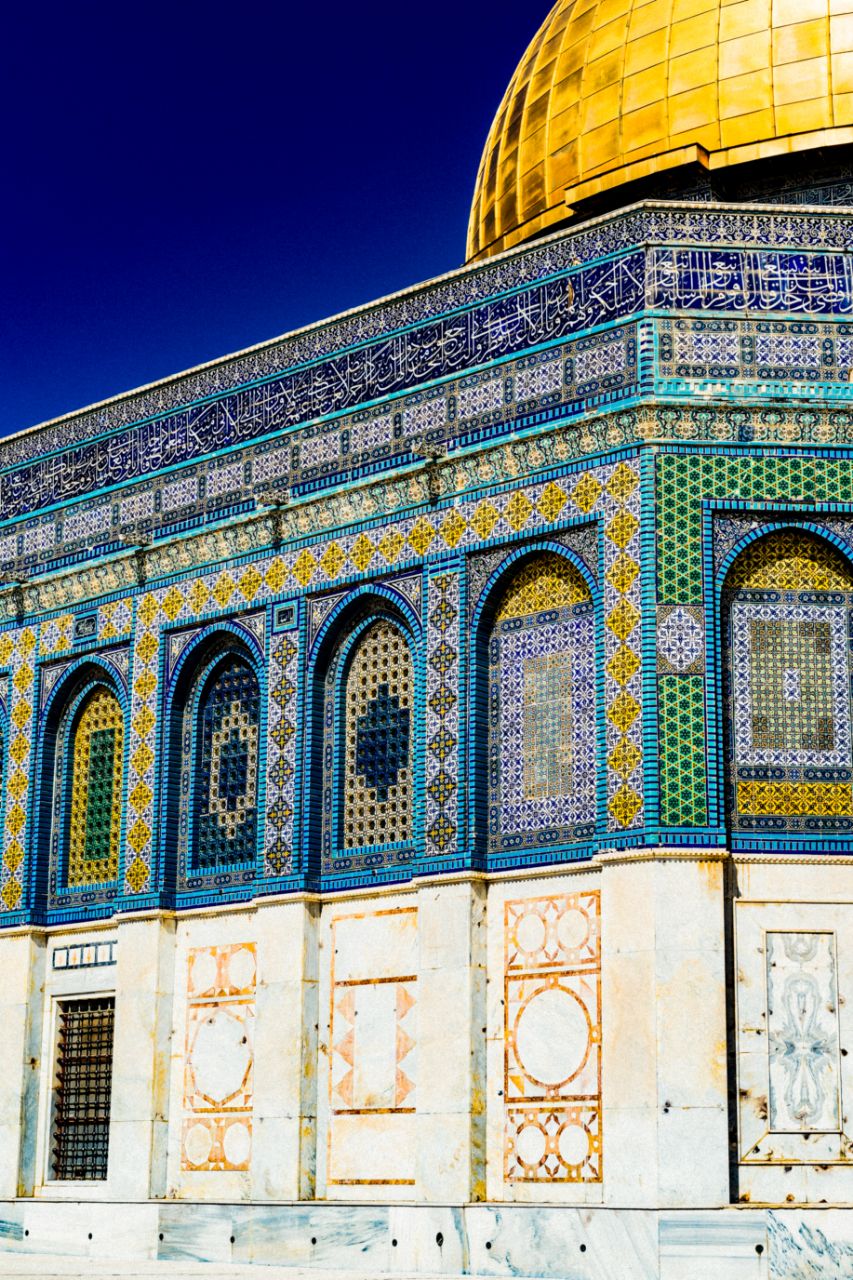 The gaze, when contemplating it, is dazzled by its beauties, and the language of the observer is unable to describe it. At the center of the dome stands the noble rock mentioned in the hadiths, from which the Prophet ascended into heaven: it is very compact and almost as tall as a man.

Jerusalem, the city of peace

According to the Bible, the city was founded by the Canaanites, a community that first occupied the area around Jerusalem, in which remains dating back to 3000 BC were found. it will be only with David that the Jews will conquer it, immediately transforming it into the capital of the Kingdom of Judah. The second Jewish king will be Solomon, who erected his famous temple there, which, once destroyed, would condemn the Jews to Babylonian Captivity. Once freed from Cyrus the great, the Jewish people rebuilt it, but, from that moment on, the fate of the city will mostly be linked to foreign powers. After the Persians, in fact, the city was dominated by Alexander the Great and the kingdoms he generated, passing only briefly under the Jewish kingdom of the Hasmoneans and finally under the Roman Empire.

After a series of clashes between the Sassanids and the Byzantines, it was finally conquered by the Arabs, who had been deeply linked to her since the time of the Prophet. Jerusalem was in fact the first place to which the first Muslims prayed, moreover Muhammad carried out his famous ascent to heaven right here. Precisely for this reason, the new conquerors proved extremely accommodating, allowing the return to the Jews and taking great care not to create the conditions for future clashes; in this regard, it is famous how Umar ibn al Khattab refused to pray in the Church of the Holy Sepulcher to prevent Muslims from making claims on the sacred place by virtue of this gesture.

With the decline of the caliphate, even Jerusalem gradually lost its importance, being conquered by the Seljuksand by the crusaders, who killed all the “non-Christian” population and replaced it with new Christian faithful, transforming, in the meantime, the al-Aqsa mosque into a palace and the Dome of the Rock into a church. Saladin, unlike the Europeans, limited himself to driving out the Franks(but not the Eastern Christians, who were able to remain in the city) and to restore the previous Arab order. A real quiet, however, occurred only with the arrival of the Ottomans in 1517 who finally brought stability to the region.

Furthermore, under the Ottomans, Jerusalem experienced a climate of profound tolerance that would push many Jews and Christians to move here; in fact many new neighborhoods were built in 1800, which constantly made the already large Jewish community grow.

In 1917 it was conquered by the British general Allenby, becoming the most important city within the infamous British Mandate of Palestine. From that moment on, relations between Jews and other religious communities deteriorated very quickly, leading to real clashes for city domination very quickly. During the latter the city was literally divided into two parts, bringing infinite anger and sadness to both contenders. Many families were in fact driven from their homes and on both sides there were brutal episodes of desacralization, something that still demands revenge from God.

Like all the West Bank, East Jerusalem also came under Jordanian control until the 6-day War, when the city population grew by 196% and Israel exercised absolute control, worrying about a forced Judaization of the whole city, including the part East. Even today, the status of Jerusalem is one of the main points of clash for peace agreements, with the Zionists and Palestinians who would like to make each their own capital and the UN which instead pushes for it to be free and supranational.

Ponte33, a bridge with Persia