One of the most popular fruits in the world, with an area that goes from Oceania to Latin America, and with a reserved place in Paradise. Banana is still one of the most consumed foods by far, so much so that it has become central to the diet of millions of people.

The origins of the banana are still partly shrouded in mystery but, according to some archaeological findings, it is plausible that they appeared for the first time in Papua New Guinea. Like ginger, they spread all over the seas from these places, soon becoming one of the main elements of the Austronesian diet, which allowed it to accompany the locals on their expeditions to Africa, specifically to Madagascar. The island, thanks to its position, soon became one of the first Polynesian colonies and was a very important center in the spread of this fruit throughout the continent. Here, in fact, the banana had a great diffusion, entering right into the local diets thanks to its great energy supply. 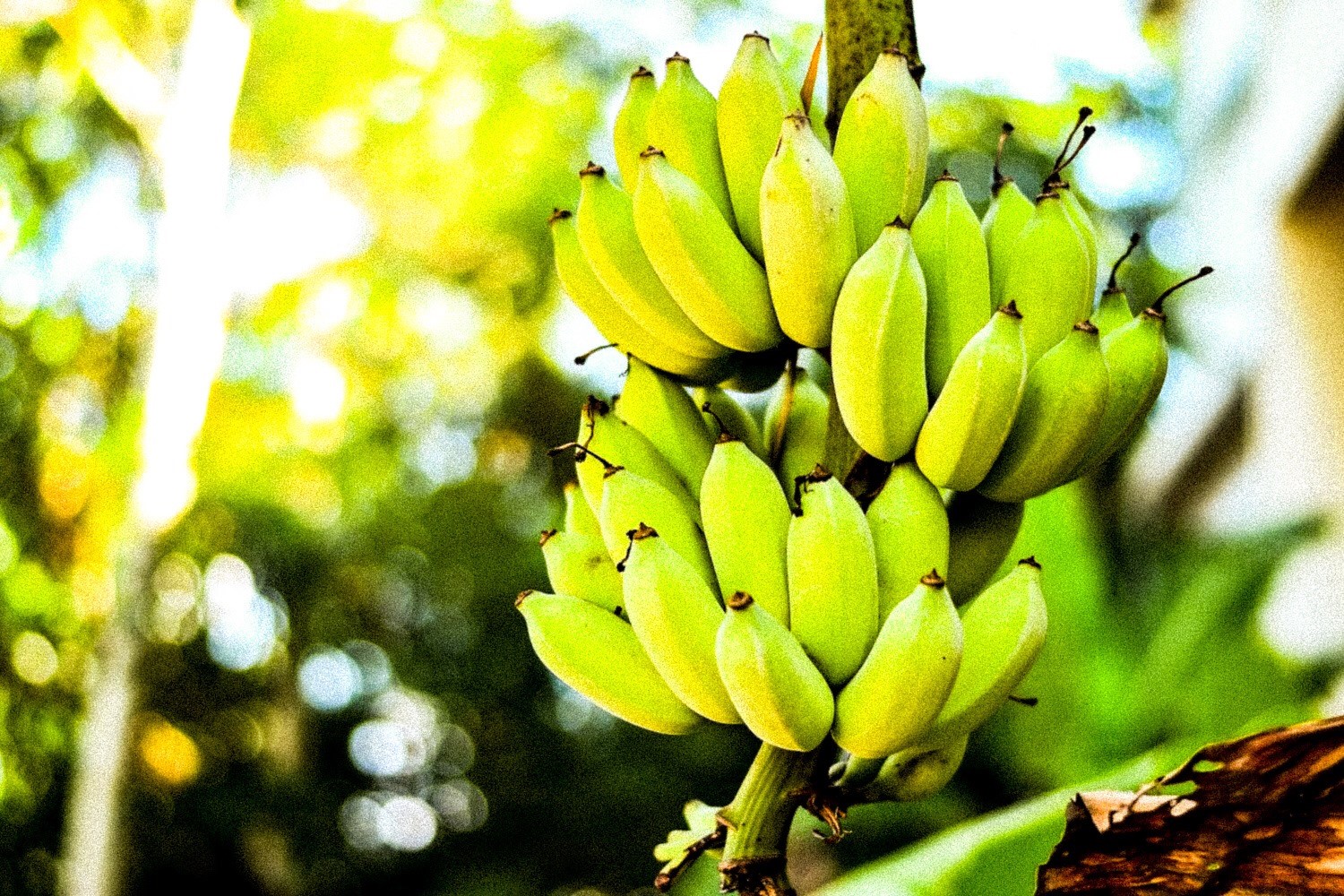 From these places it will then spread to the Middle East, becoming one of the fruits most closely linked to Arabs, so much so that “in the Golden Age of Islam” it spread to every domain of the caliphate. Thanks to this historical moment, the banana will subsequently make its appearance also in South America, where it will be confirmed as one of the most nutritious foods in the world, arriving at the spread that we know today.

The similarities between this plant and the aforementioned ginger are innumerable and are linked both to its nature as a staple food and to its presence in Paradise together with foods such as dates, figs and pomegranates; all foods known for their energy and nutritional value. Just bananas, in fact, are one of the foods most used by sportsmen and clearly one of the most appreciated by anyone who is on a diet or fasting.

The presence of two different varieties, the Musa balbisiana and the Musa acuminata, has also pushed several populations to use it as a central element of their culinary tradition, also considering the amount of different preparations related to it. M. acuminata, in fact, corresponds to what in Italian is called plátano, a particular banana that is harder and with a higher starch content than the “classic” bananas we are used to. A real food for every moment and every occasion, a priceless yellow treasure for many parts of the world.

The Jasmine Revolution and Tunisian music

Hanukkah, the festival of lights