Our Amu Nowroz has the face of Filippo Verre and has a gift from Kurdistan. Discover with us how it is celebrated by the 4th community of the Middle East, the only one still homeless.

From Zoroaster to the Kurds

In these days Iran is the scene of a very important holiday, the New Year of Nowruz, or the “new day”, the most important holiday of the year in the Persian universe. This anniversary falls on the first day of the month of Farvardin,
correspondent in the Christian calendar to the days of early spring. The festival, even older than the Islamic culture itself, takes up the tradition of the sacred fire of the cult of Zoroaster, a mystical religion that has preserved
over the millennia the rite of fire as a symbol of justice and struggle against the forces of evil.

In addition to the Iranians, another Middle Eastern people celebrate the Nowruz New Year. These are the Kurds, the most numerous stateless people in the world. Making an estimate of the number of people who make up the Kurdish ethnicity is extremely complex. Various and varied are the sources, most of which are unreliable and inaccurate. However, the total number of Kurds is estimated to be between 30 and 35 million individuals. Of these, currently between 15 and 20 live in Turkey, around 5 million in Iraq, between 6 and 8 million in Iran and around 2.5 million in Syria. Furthermore, there would be other Kurdish minorities for a total of 2 million people in Israel and in various European countries such as Germany, France, Sweden, the Netherlands and Belgium.

Overall, therefore, the Kurds are the fourth largest people in the Middle East after the Arabs, Persians and Turks; to give an idea, the total number of Kurds is greater than the population of each Arab state with the exception of Egypt. Unfortunately, over the past decades due to the difficult economic conditions of their areas of origin, many Kurds have been forced to abandon their lands and have emigrated in search of better opportunities, creating a real “Kurdish diaspora”.

Although often living in conditions of strong socio-cultural discrimination perpetrated against them by the Middle Eastern countries within which, despite themselves, they are forced to reside, the Kurds have never renounced their traditions. One of these is precisely the Nowruz New Year. Legend has it that Zohak, the mythological tyrant of the Kurdish epic, used to feed on the brain of two children every day. The merciful man in charge of providing the tyrant’s meal began to save one of the two children by presenting a sheep’s brain instead of the human one. 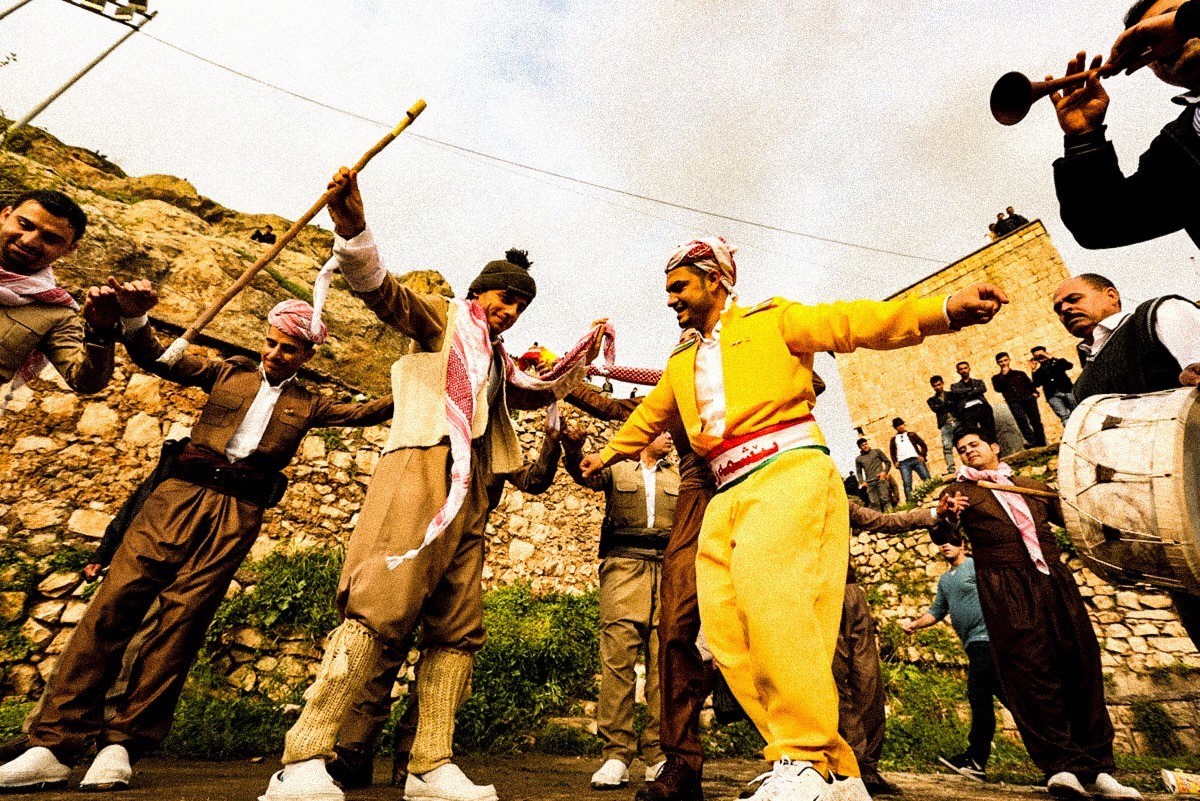 The young survivors took refuge in the mountains and secretly became the founders of a new lineage and a new people, of which the Kurds, according to legend, are the descendants. One day one of the young people rebelled against the tyrant Zohak, overthrew his throne and killed him finally freeing all the other young people who had taken refuge in the mountains. Nowruz is therefore the Kurdish New Year and symbolizes liberation from slavery and the conquest of freedom. In recent years, this anniversary has become the scene of clashes between Kurds and the police, especially in Turkey, where any Kurdish identity manifestation is strictly prohibited.

The celebration of Nowruz, a very important holiday for Iranians, by the Kurds testifies to a very significant closeness between these two peoples. In this regard, Tehran has never denied its varied multi-ethnic components and has been able to aggregate the local minorities in its political-religious structure. Unlike Turkey and Iraq, for example, Iran has represented, and still continues to represent, a country that is not entirely hostile to the Kurdish minority. In addition to the ethnic affinity with the Iranian people, in fact, the same language spoken by the Kurds stationed in Iran is very similar to Farsi. The Iranian Kurds are considerably well integrated into local society; in fact, there are no particular discriminations, there is no open institutional hostility towards them nor is there a trace of denial policies. 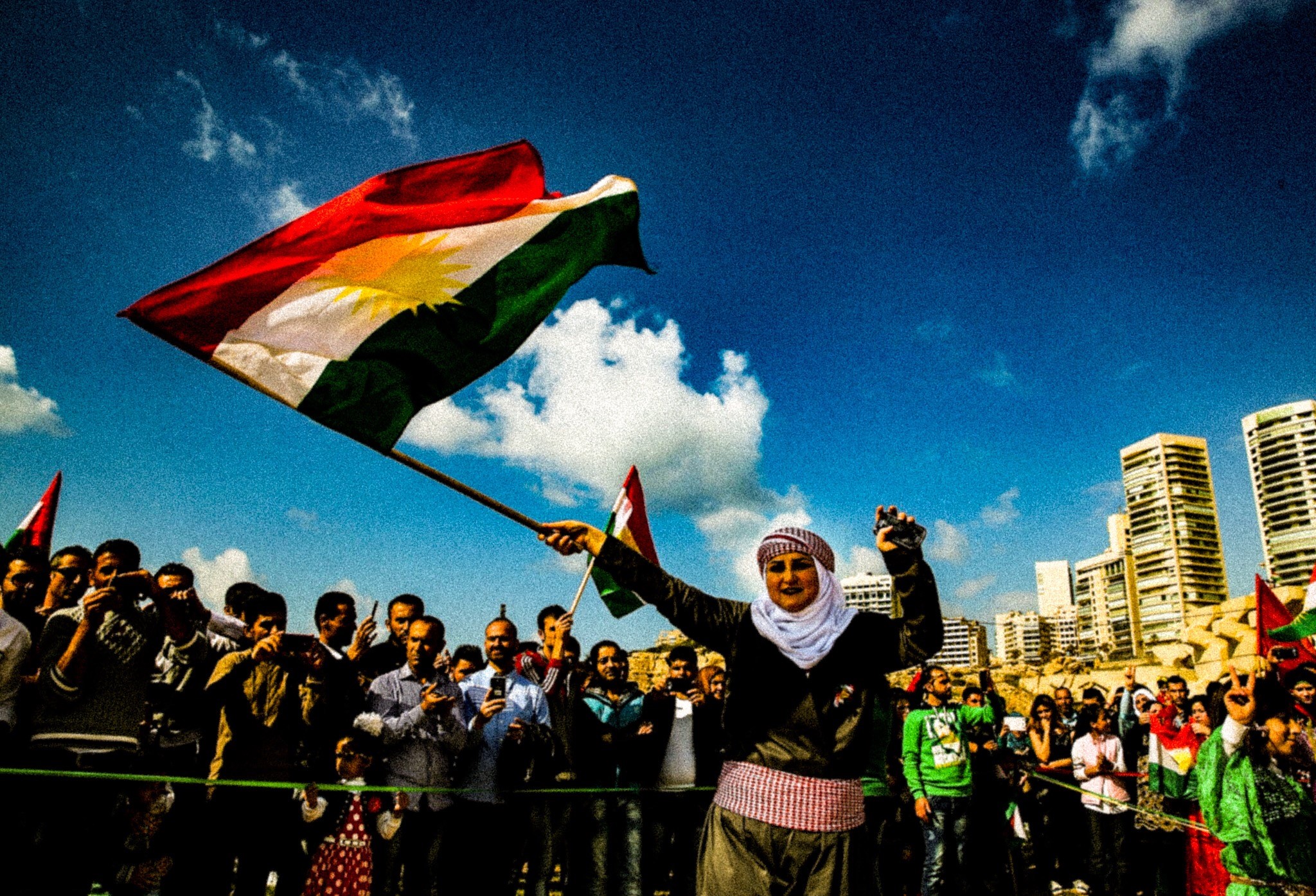 Despite this, it should be noted that in the past, the Kurdish minority living in Iran has suffered from episodes of violence and systematic persecution. Indeed, especially between the 1920s and the end of the 1940s and during the first periods following the Islamic Revolution of 1979, the Kurds stationed in Iran were forced to undergo major repressions by the Tehran authorities. Despite this, Iran today is a country that guarantees its Kurdish minority rights and prerogatives unthinkable in other Middle Eastern nations. The New Year of Nowruz, therefore, if ever needed, certifies the socio-cultural affinity between Iranians and Kurds, two ancient peoples, fascinating and rich in common elements, starting from traditions.

We thank Filippo again for letting us know this new part of the Kurdish people and their relationship with Nowruz, a unique heritage that must be preserved with love; on April 15th we will have the pleasure of bringing you a new article. Follow us on our facebook, YouTube and Instagram page, every like, sharing or support is welcome and helps us to dedicate ourselves more and more to our passion: telling the Middle East.

“A Memento for Istanbul” by Ahmet Ümit