After bringing you the Arab and Kabylian soul of Algerian music, today we talk about Tuareg music, another population of this incredible country. The Tinariwen are those who most of all have made this culture known in the world, using only music. One of the most incredible groups ever, the only one to win an Emmy by singing in Tamasheq, the Tuareg language.

Ibrahim Ag Alhabib, the founder of the group, was born in 1960 in Tessalit, Mali, into a noble Tuareg family. His father was killed during the riots of the local government, determined to block the insurrections of this people forever. The “blue men”, so called because of their headdresses, have always lived in an area between Algeria, Mali, Niger, Burkina Faso and Libya, places, as you will imagine, now divided. Precisely because of the new borders, the Tuareg people were split into multiple communities, causing anger and riots against local governments, which often reacted with violence, causing hundreds of deaths, including Ibrahim’s father.

The future singer was in fact orphaned from a very young age and, in absolute poverty, went to live in a refugee camp in Algeria. Here he began to be passionate about music, learning to appreciate both typically Arabic melodies such as raï, and decidedly western sounds such as blues, imagining to combine them with the music of his people. He managed to find other Tuareg musicians in the same field and gave birth to what will be the Tinariwen.

The birth of the Tinariwen

At the time they played at Algerian weddings in the area and, having not yet chosen a name, people began to call them Kel Tinariwen which in Tamasheq language means “The men of the desert”; the official name of the group is due to this, which in 1985 will undergo an incredible turn. In that year, military training in Libya will be organized by Gaddafi for all the Tuareg rebels. The colonel’s goal was to create a new Libyan formation, useful in the future for war purposes in the area. All the members of that time will participate in this training, it will be right here that they will meet other musicians among the Tuareg rebels, definitively completing the formation of the band. 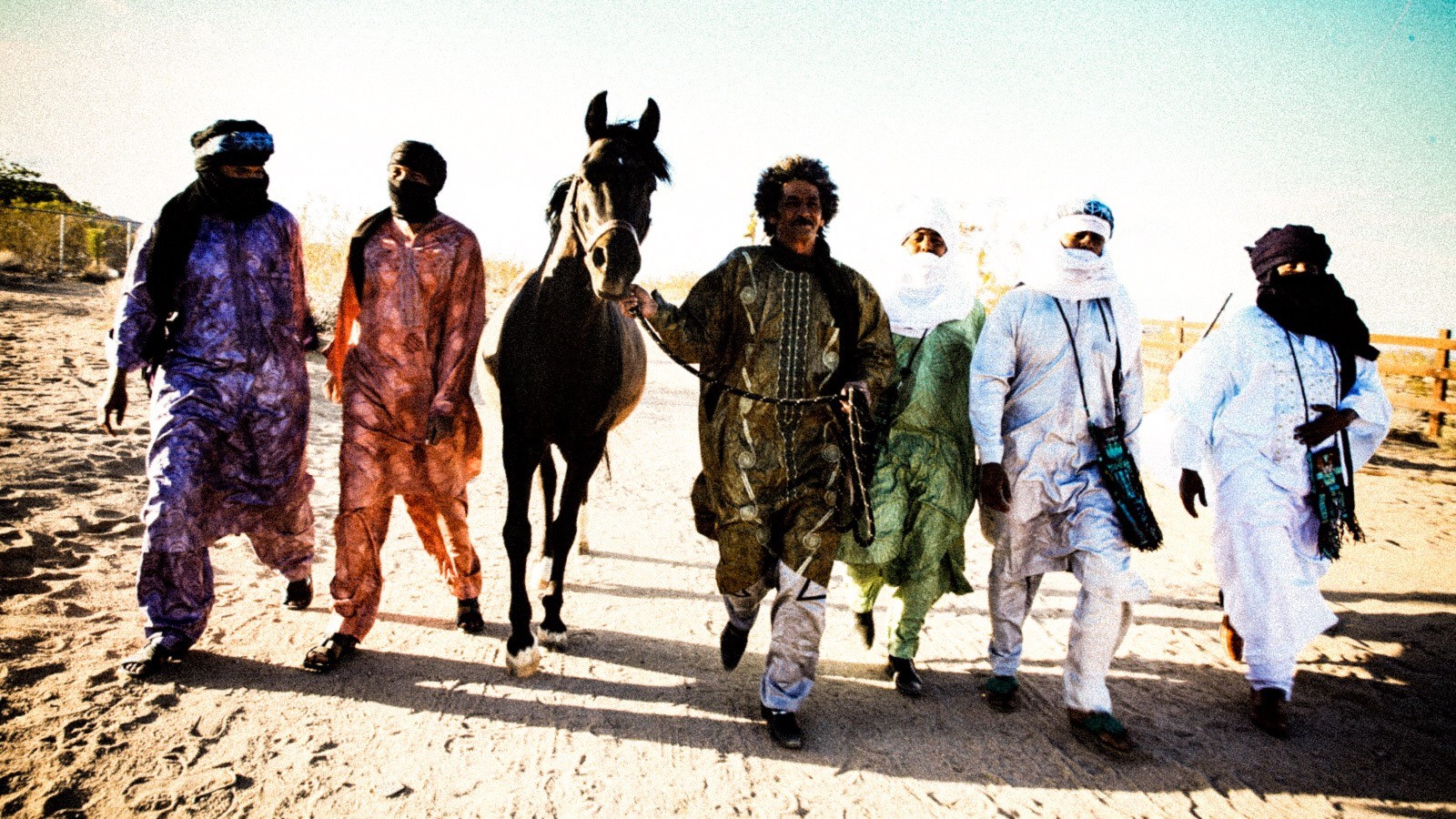 In 1989 the Tinariwen moved permanently to Tessalit, Mali, the homeland of Ibrahim, to which he returned after 26 years of exile. After the conclusion of some local riots, in which several members of the group participated, since 1991 the band will devote itself only to music, obtaining successes unthinkable for anyone.

From the Sahara to the rest of the world

In a very short time they became the reference band for all the Tuareg people, quickly climbing the hierarchies of “world music”. In 2001 they will release their first album first album outside North Africa, managing in a very short time to perform at international level festivals such as, for example, the Coachella. In 2007 their album Aman Iman will receive compliments from musicians of the caliber of Bono Vox, Carlos Santana and Chris Martin, achieving a worldwide success. 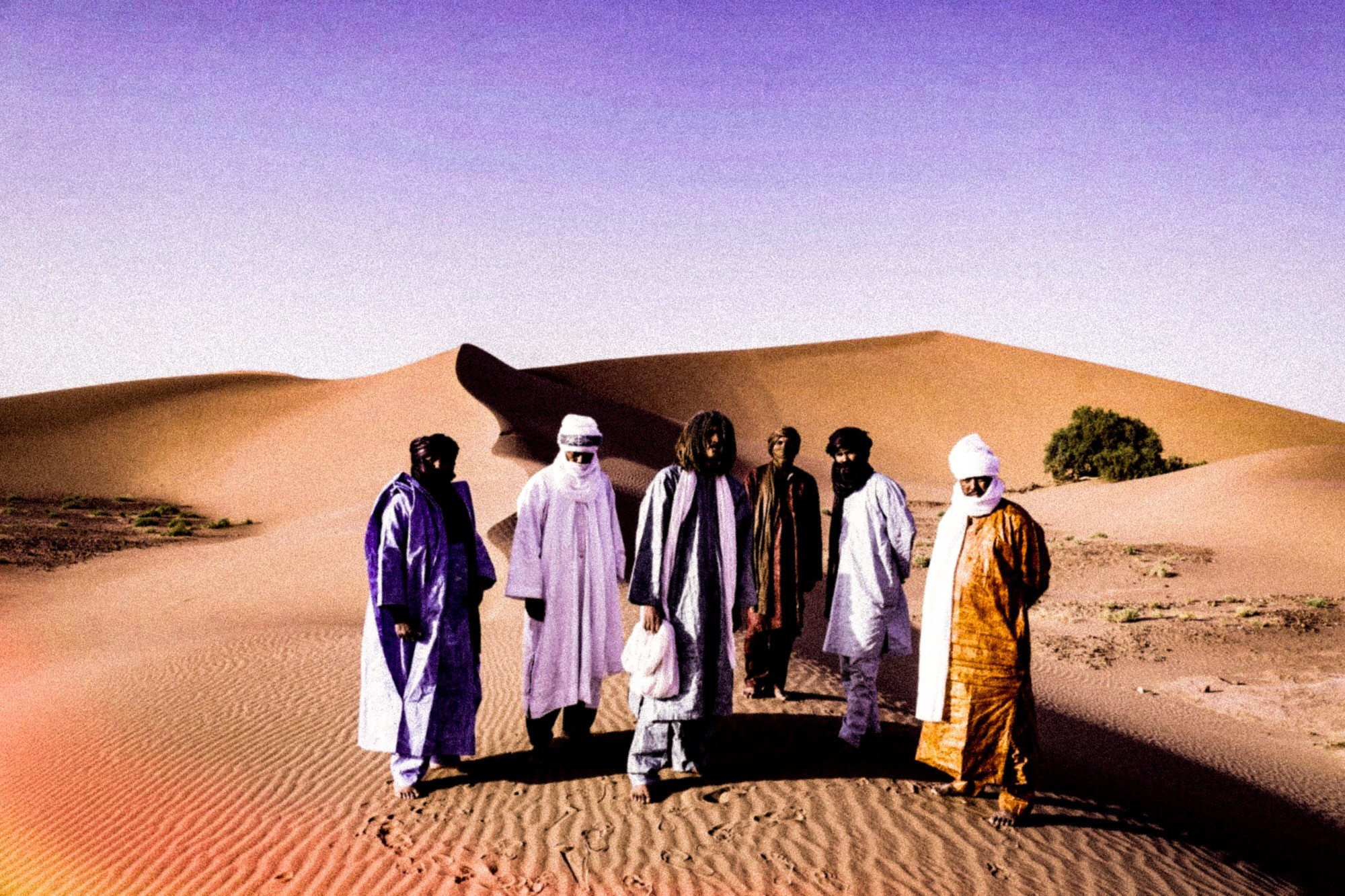 In 2010 they will be guests at the opening ceremony of the World Championships and in 2012 they will receive an Emmy for their album Tassili, joining forever in the Olympus of the great musicians. One of the most incredible groups ever, bearers of a culture as beautiful as it is legendary.

Tomorrow we will continue the review dedicated to Algeria with “The battle of Algiers by Gillo Pontecorvo. Seguiteci sulla nostra pagina facebook, YouTube and Instagram, every like, sharing or support is welcome and helps us to devote ourselves more and more to our passion: telling the Middle East.

The Hajj, the pilgrimage to Mecca of Ibn Battuta