Let’s go back to talking about music, with one of the greatest divas in the history of the Arab world, perhaps second only to Umm Kulthum and Fairouz for elegance and singing skills. Asmahan combined these incredible skills with a life tormented by family customs and espionage, making her “The Diva” par excellence in the Middle East.

Asmahan by the clan of Atrash

Asmahan was born on November 25, 1912 in one of the most influential and powerful families in Syria, the Atrash, a Druze clan originally from As Suwayda. At the time of the birth of the diva, his uncle, Sultan Al Atrash, was fighting for Syrian independence and this immediately made them target French spies. Precisely because of this struggle, Asmahan and his brother, the great Farid Al Atrash, were forced to take refuge in Egypt. Here they were immediately placed under the protective wing of Sa’ad Zaghlul, a great ally of the Atrash and founder of the Waqf party. It was here that she was discovered, together with her brother, by the great Egyptian composer Dawood Hosni who will first assign her the name of Asmahan (actually she was called Amal Al Atrash) and who will teach her to play the oud.

At 14 she is presented for the first to the general public at the Cairo Opera House, in front of a huge audience, the artist is immediately noticed for elegance and class, thus immediately opening the way for an incredible career. In the family, however, his success is frowned upon. It is still believed that the woman should take care of the house and this incredible media exposure makes the Atrash worse and worse. It is then that Farid dispassionately advises his sister to marry cousin Hassan, one of the wealthiest members of his family. Asmahan will finally accept his brother’s proposal, returning for 5 and a half years to Jabal al Druze, in the family territories and abandoning his musical career.

A life in revolt

The atmosphere of the countryside, however, depresses the artist more and more and the marriage with Hassan is getting worse. In 1939, after 6 years of marriage, the diva divorced and returned to Egypt, the place where she left her heart. Cairo‘s life is incomparably more cosmopolitan and evolved than that of As Suwayda and for this reason it will link its name more and more to this environment, becoming an absolute star. It must be said, however, that he will never forget his origins, suffering greatly from this great departure.

Even more, however, she suffered in 1941 when she was brought back to the Syria by the British. According to the Allies, in fact, its contribution would have been fundamental to be able to keep the population calm in view of their possible attack; this was followed by the promise of freedom for Syrians and Lebanese. Asmahan, still deeply in love with her own people, accepted, when however she realized the vanity of the promise, she tried to turn to the Nazis, present at the time in Turkey. To try to unlock blockades at the border, she was forced to remarry with her ex-husband Hassan, a marriage that did not last long and which saw the diva attempting suicide twice.

Once the mission was over, he settled permanently in Egypt, a place he will never leave, even after his death, which occurred in mysterious circumstances. In 1944, in fact, the car on which he was on board, near Mansura, was hit and dragged into the Nile. The dynamics of the accident were never clearly clarified and this still pushes many ill-wishers today to see analogies with the death of Lawrence of Arabia, other great English spy active in those years in the Middle East. 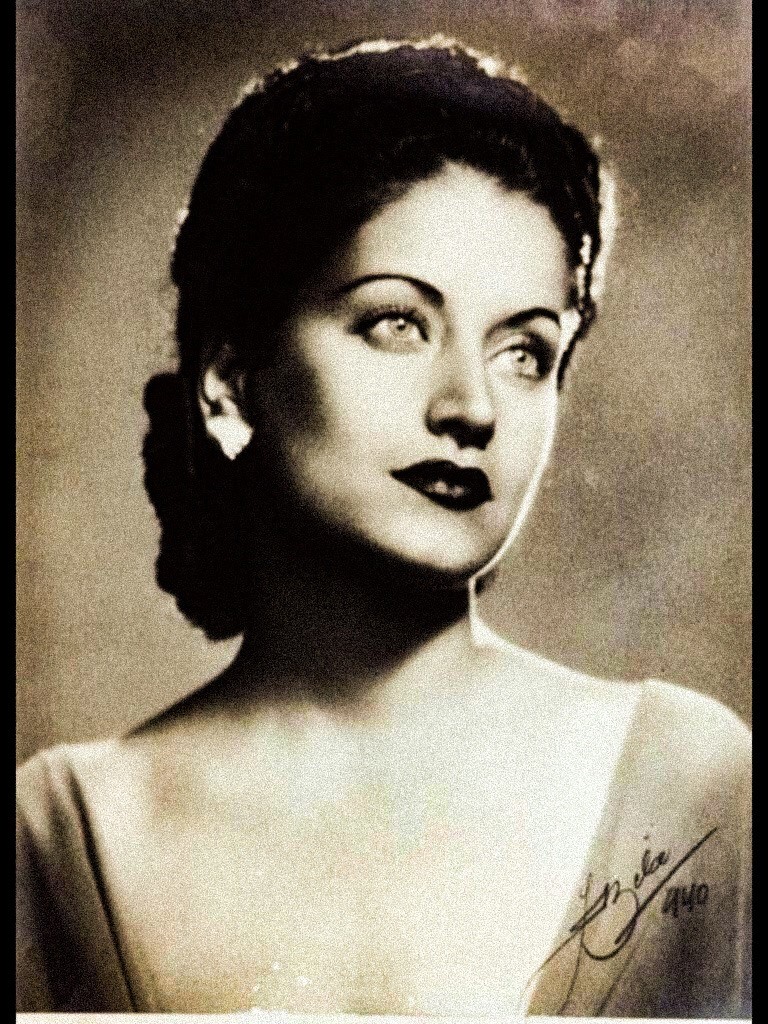 The legacy that Asmahan left, at just 31 years of age, is however something incredible that still today generates amazement and admiration for elegance and talent. This incredible diva unites Fairouz‘s “occidentality” with Umm Kulthum‘s theatrical class, bringing to light the most beautiful sides of these artists. A sweet timbre and a monstrous delicacy for each note, Asmahan still remains one of the absolute voices regarding Arabic music. An artist who must be recovered also in the light of her story, which shines through the depth of each word. The Diva, really.

Tomorrow we continue the week dedicated to women with Tahia Halim, one of the greatest painters in Egyptian and Sudanese history.

What happens in Sudan

History of Aksaray, the White Caravanserai of Cappadocia