Considered holy by the Muridi, the city of Touba can only amaze you with the poetry with which it was built. A true creature of Cheikh Amadou Bamba, it is undoubtedly the best known symbol of faith in Senegal.

Daughter of a visionary

The city was founded in 1887 by Cheikh Amadou Bamba himself when, in a moment of ecstasy under the shadow of a large tree, he had a mystical experience. Precisely for this reason he decided to erect here the city destined to become a symbol of Muridism and, in general, of all Senegalese spirituality. Not even the name is random but it is once again linked to the deep spirit of faith and Islam that hovers over this incredible place. In fact, Tuba in Arabic means “happiness, ecstasy”, as well as being the name of one of the trees of the Quranic Paradise.

The fate of the city will always be connected to those of its founder, following him like a daughter and thereby gaining the attention of his faithful. In this belief, in particular, an incredible value is given to the work and the relationship between disciple and sheikh, which will lay the foundations for the fortunes of Touba. Even during the long exile of Bamba, in fact, the city will never turn off, becoming already then a center in continuous expansion and symbol of an incessant love for faith and for the teacher. However, he returned there in 1910, after an imposed exile of 15 years.

The heart of Touba is undoubtedly its legendary Grand Mosque, still one of the true symbols for the whole country and a reference point for the whole Senegalese community in the world. His works began in 1926 and ended in 1963, allowing the Cheikh to observe only the first year of construction. However, he will be buried inside the latter, which, one year after his death, will lead to the institution of the Magal. 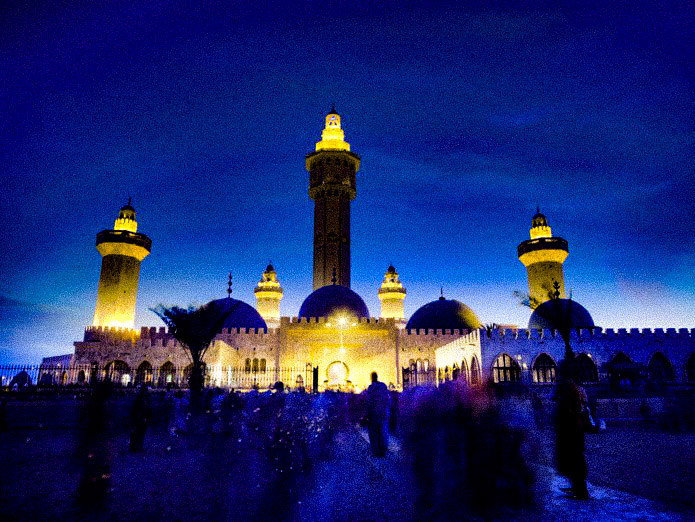 The latter is one of the most widely practiced annual pilgrimages, with about 3 million faithful per year who come from all over the world to participate. Second only to the Hajj in numbers, the Magal has brought enormous benefits to the country, from which it is protected thanks to ad hoc laws valid only for Touba. In the city, the consumption of alcohol, music and tobacco is prohibited, transforming it, de facto, into a real island of faith. The population, however, is continuously increasing, so much so that the city is second only to Dakar by inhabitants.

Final curiosity: Cheikh Amadou Bamba on his return introduced the “Café Touba”, the legendary autochthonous drink of the holy city. Follow us on our pages facebook, Spotify and Instagram, or on our channel Telegram. Any like,sharing or support is welcome and helps us to devote ourselves more and more to our passion: telling the Middle East.

5 books for the summer

History of Constantine, the city of bridges