Kurds are not “just yazidi and muslim” but inside they can boast several very interesting cults. Among these, it is impossible not to mention the Ahl-e Haqq, the faith of the “People of truth”, an interesting derivation of Shiism.

Ahl-e Haqq, or “People of Truth”

The Ahl-e Haqq (whose faith is also called Yarsanism) are born following the teachings of the Kurdish mystic Sultan Sahak, born in the 14th century and died in the 15th. Due to the aura surrounding the character, it is difficult to obtain reliable details of his life which, however, is reported in part by the Ahl-e Haqq sources. It appears that his father was a Shiite imam descended from Imam Musa Kazim, a very important figure for this Islamic current; his conception would be legendary in that, like Maria, his mother seems to have been a virgin at the time of delivery.

Also for this reason, it was proclaimed throughout its life as a direct manifestation of the divine in the world, a concept extremely present in this faith and which is also linked with a cyclical worldview typical of Iranian cults and beyond.

Mazhariyyat, the avatars of God

According to the Ahl-e Haqq, in fact, the universe has two dimensions, each with its own rules: there is the external world, called “zahiri”, and an internal one or the “batini”. The human being is considered to be the most paradoxical being in the world in that, despite having only conception of the zahiri, he is forced to follow the rules of batini. In order to do this, however, he will have to be guided and, precisely for this reason, God has sent different figures over 4 epochs, divided according to “intensity of the divine”. In fact, there will be one Mazhariyyat per era, that is, a “main avatar” and 7 men or angels, called “Haft tan”. The latter must help Mazhariyyat to pursue its goal, watching over the faithful and never letting the celestial presence be missing. 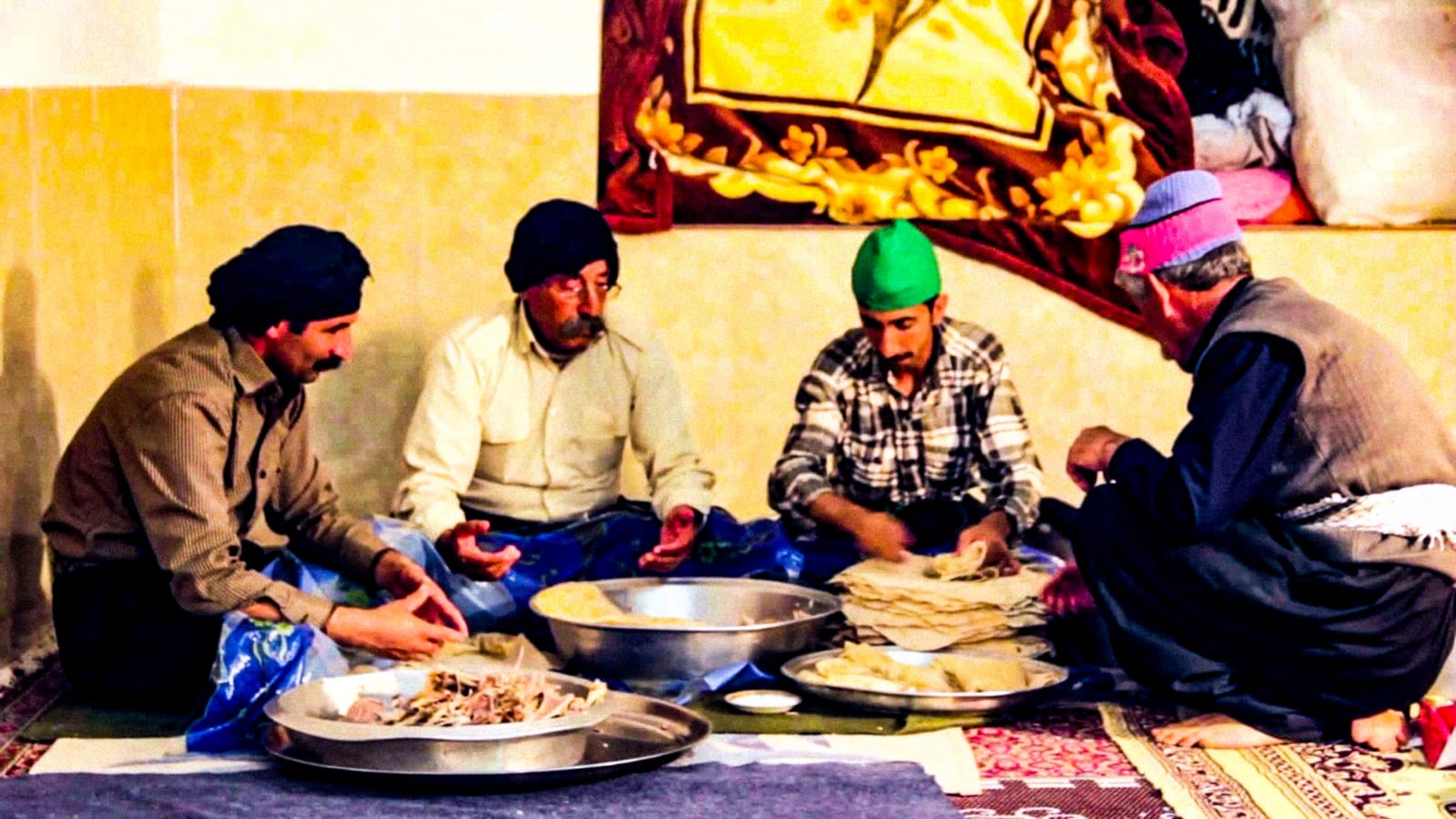 The Yarsans in particular divide the world into the 4 eras: “of the prophets”, “of doctrine”, “of mysticism” and “of truths”. In these the Mazhariyyat was respectively: Khawandagar (creator of the Universe), Ali ibn Abi Talib, Shah Khoshin and Sultan Sahak. The presence of Ali is not accidental and, precisely for this reason, the Ahl-e Haqq over time have also been called Ali-Illahi, or “worshipers of Ali”. For them, in fact, the founder of Shi’ism and nephew of the Prophet has a sacred role of the highest level, in certain respects, even greater than Muhammad.

The Ahl-e Haqq has Kalam-e Saranjam as a sacred book, written mostly in the Gorani language but with some parts in Persian. Following this book is an unquestionable condition for being Yarsani, also supported by the constant commitment to one’s teachers. As in other faiths of Sufi or Shia origin, in fact, the guardian plays a leading role on his follower, so much so that he is considered a real “spiritual parent” and is prevented from having any carnal relationship with the latter.

However, unlike faiths such as Yazidism, there is no real religious class and this allows everyone to choose their own teacher within 7 Sayyed, each of whom takes care of one of 7 different khandan, or “spiritual houses”. “. While sharing different aspects of the Islamic world, Yarsani do not follow shari’a. They are mostly Kurds but it is not a fundamental condition; they are widespread especially in the Iranian region of Kermanshah and in Kirkuk.

Follow us on our facebook page, Spotify, YouTube and Instagram, or on our Telegram channel. Any like,sharing or support is welcome and helps us to devote ourselves more and more to our passion: telling the Middle East.

Days of the week: Saturday (and best wishes for 3eid)

Peoples of Iraq: the Kurds